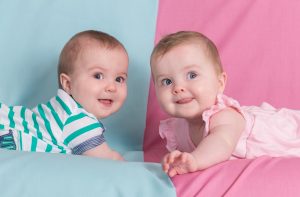 Emma emerged as the most popular name for baby girls in New York City last year, while Liam held onto the top spot for boys.

The Health Department announced the 2017 rankings on Friday. They’re based on birth certificate records.

Emma ascended from third place to knock Olivia out of the number-one spot for girls for the first time since 2014. Liam has topped the boys’ rankings since 2016.

Rounding out the top five for girls: Mia, Sophia and Isabella. For boys: Noah, Jacob, Ethan and David.

Among the rarest monikers: Artemis, Tzippy and Reizy for girls, and Azriel, Zeus and Thaddeus for boys.