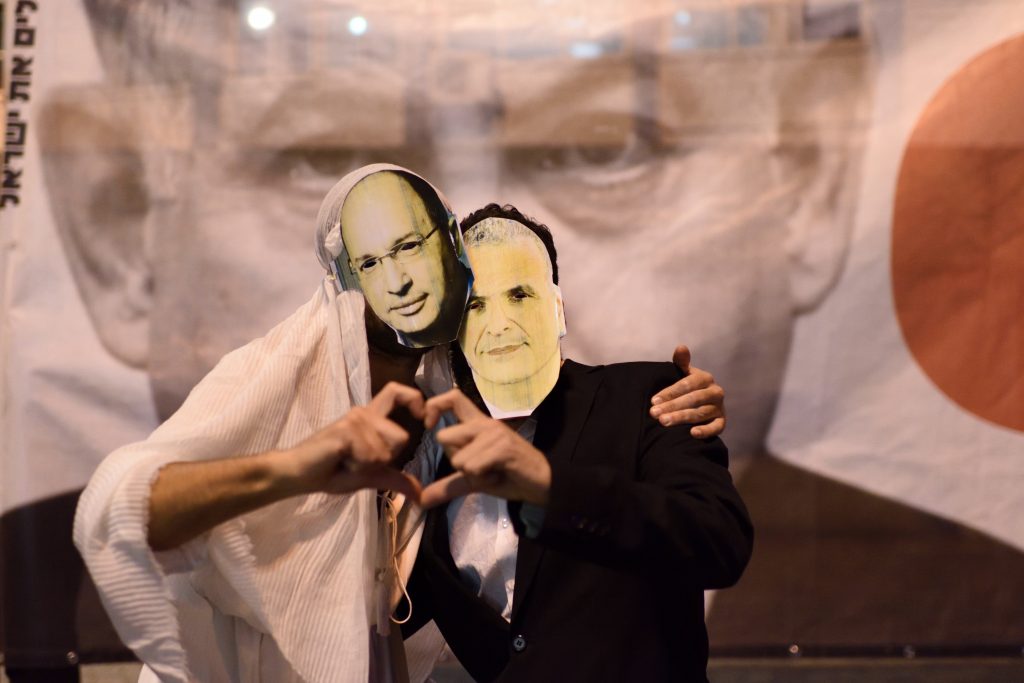 Hundreds again demonstrated in Tel Aviv Motzoei Shabbos over the cost of living – and their main target this time was Finance Minister Moshe Kahlon, whom speaker after speaker blamed for allowing the recent increase in prices in the economy.

Organizers had promised thousands, if not tens of thousands of protesters, hoping to repeat the success of price protests in 2011, but only several hundred showed up – fewer than the number at a protest last weekend. This time as well protesters closed off streets and blocked the Azrieli Junction on the Ayalon Expressway, causing major traffic jams and raising the ire of drivers on their way to an evening out, or returning home.

The theme of the protest was how, despite steps taken by the government in the past week to stem the announced price increases by companies, the government could not be taken at its word. In the past week, both Osem and the Israel Electric Company, which had announced significant price and rate increases, rolled the prospective prices back significantly, an accomplishment Kahlon has taken credit for. But the rallying cry at the protest, “don’t believe Kahlon,” indicated that for protesters his efforts were not sufficient.

“The public understands that the government is just trying to hide its incompetency with these partial and temporary solutions,” organizers of the protest told Hadashot News. “We are protesting the control of the economy by a few oligarchs, with the help of the government, and how this situation leads to a situation where many families cannot sleep at night because of their worry over their inability to pay bills. We are here for those people, who cannot make their voices heard.”

Also Motzoei Shabbos, activists of Zionist Camp protested outside the Israel Electric Company power plant in Chadera. Facing the distinctive smokestacks of the facility, the protesters slammed the government for not doing more to stem price rises, especially of electricity. “Avi Gabay, our party chairperson, was right,” said Alon Wiser, a party activist. “A 14 percent rise in the price of energy, housing, food, water and everything else is a failure of the government, which is doing nothing to stop inflation.”