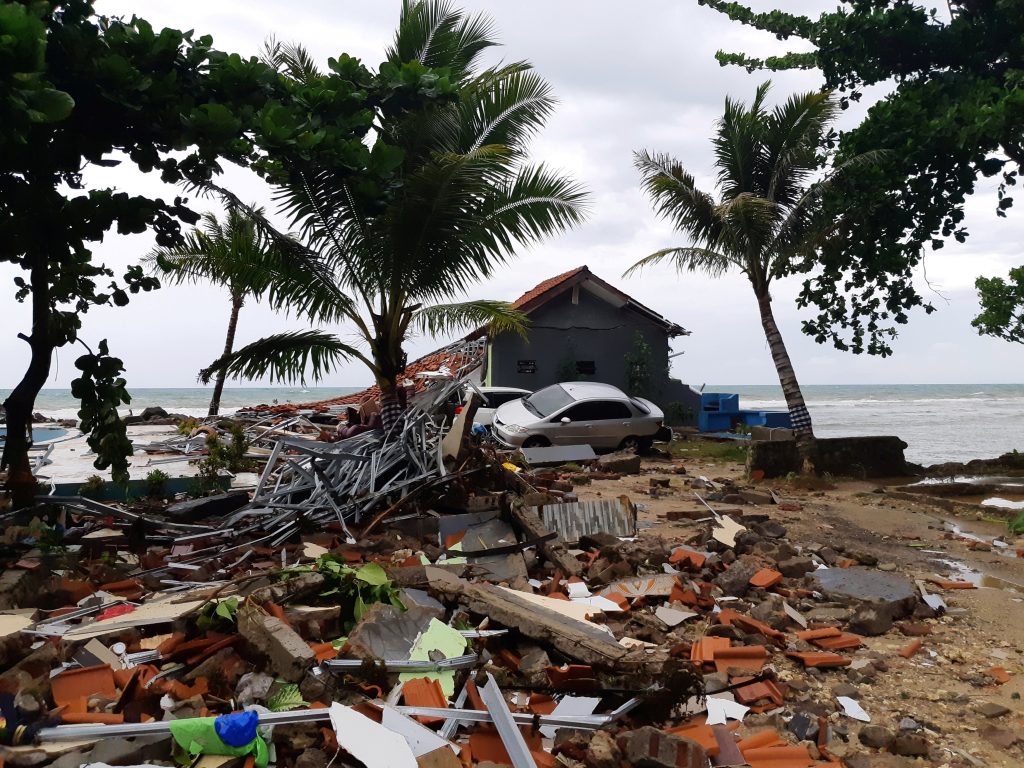 A tsunami believed to be triggered by a volcanic eruption killed at least 222 people in Indonesia during a busy travel weekend, sweeping away hotels, hundreds of houses and many people at the beach.

More than 800 were reported injured and 28 missing after the tsunami hit around the Sunda Strait on Saturday night, the Disaster Management Agency said. The toll could continue to rise because some areas had not yet been reached.

Scientists, including those from Indonesia’s Meteorology and Geophysics agency, said Sunday that the tsunami could have been caused by undersea landslides or those occurring above sea level on the Anak Krakatau volcano’s steep outside slope following the eruption. The volcano’s name translates to “Child of Krakatoa,” a volcanic island formed over years after one of the largest eruptions in recorded history occurred at the Krakatoa volcano more than a century ago. The scientists also cited tidal waves caused by the full moon.

The Anak Krakatau volcano lies in the Sunda Strait between Java and Sumatra islands, linking the Indian Ocean and Java Sea. It erupted about 24 minutes before the tsunami, the geophysics agency said.

Agency spokesman Sutopo Purwo Nugroho said 222 deaths had been confirmed and at least 843 people were injured. Rescue workers were still trying to access other affected areas.

“My deep condolences to the victims in Banten and Lumpung provinces,” he said. “Hopefully, those who are left have patience.”

Indonesia, a vast archipelago of more than 17,000 islands and home to 260 million people, lies along the “Ring of Fire,” an arc of volcanoes and fault lines in the Pacific Basin.

In September, more than 2,500 people were killed by a quake and tsunami that hit the city of Palu on the island of Sulawesi, which is just east of Borneo.

Saturday’s tsunami rekindled memories for some of the massive magnitude 9.1 earthquake that hit on Dec. 26, 2004. It spawned a giant tsunami off Sumatra island in western Indonesia, killing more than 230,000 people in a dozen countries — the majority in Indonesia.

Roads and infrastructure are poor in many areas of disaster-prone Indonesia, making access difficult in the best of conditions.