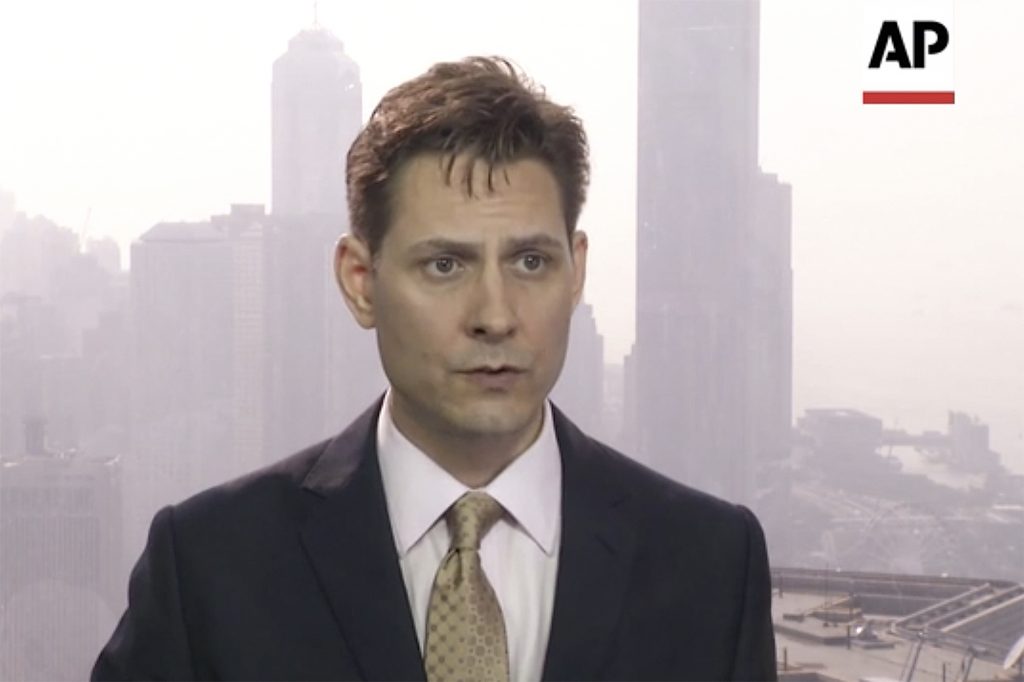 Canada repeated calls that China immediately release two citizens it claims were arbitrarily detained there, soon after the arrest of a high-profile Chinese businesswoman.

Michael Kovrig, a diplomat on leave from his post in Hong Kong; and Michael Spavor, an entrepreneur who helped organize tourist trips to North Korea, were seized nine days after Huawei Technologies Chief Financial Officer Meng Wanzhou was taken into custody. Meng is out of jail on bail pending an extradition hearing.

“Canada expects the immediate release of these two Canadians,” Freeland said, noting Chinese officials have not publicly connected the Huawei arrest and the detention of the two citizens. “My key objective here, and the prime minister’s key objective, is to have Mr. Kovrig and Mr. Spavor released.”

The two men were detained in China, Canada’s second-largest trading partner, shortly after Meng was arrested in Vancouver, British Columbia, at the request of U.S. authorities earlier this month.

A third Canadian is being held in China, though Canadian officials have said they see no reason to believe there’s a connection to the earlier arrests.

Prime Minister Justin Trudeau is “deeply engaged” in the issue, as is the rest of the government, Freeland said. Ottawa’s working hard on a “number of fronts,” including consulting with allies to underscore the depth of its concern, she said.

Detention of foreign nationals should be guided by rule of law, not politics and Canada is abiding by its extradition treaty commitments, with full due process, in its arrest of Meng, Freeland said. “This has not been a political decision by Canada. This is about the rule of law.”