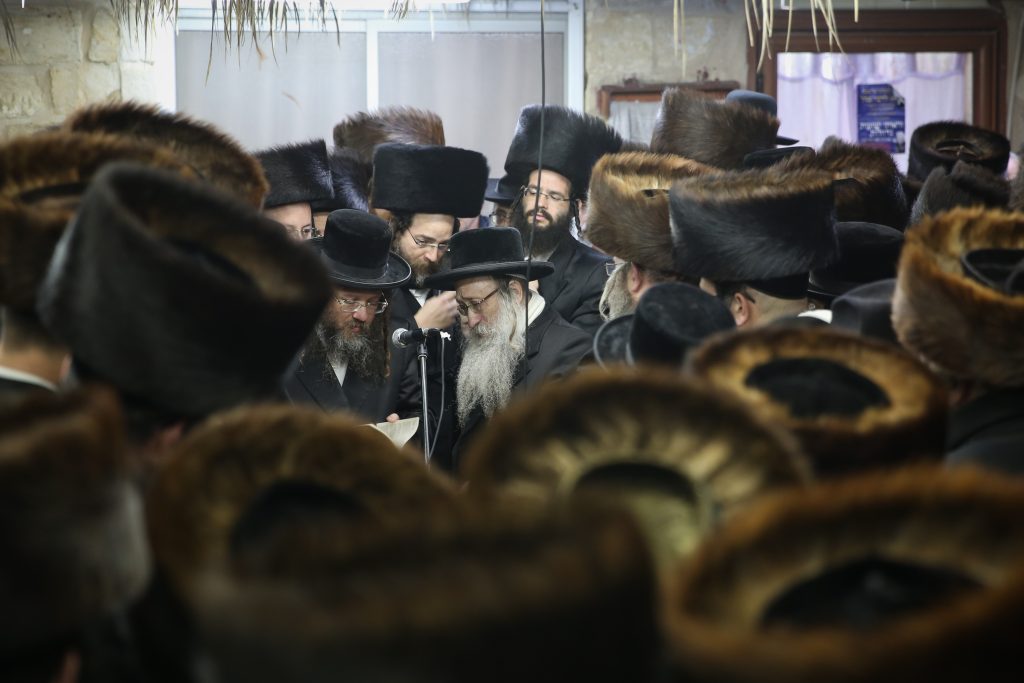 A large levayah was held in Bnei Brak and in Tzfas on Motzoei Shabbos to accompany Rebbetzin Golda Freida Leiffer, a”h, on her final journey.

The Rebbetzin was born in Kislev 5714/1953. She grew up in a home permeated with Torah, yiras Shamayim, ahavas Torah and chessed, all of which she practiced for the rest of her life.

When she came of age she married her husband, lhbch”l, Harav Yissachar Dov Leiffer, the son of the Nadvorna-Banya-Tzfas Rebbe, zy”a.

Together they established a home of Torah and chessed, which was stressed even more when they settled in Tzfas. Their home in Tzfas was noted as an ongoing place of hachnasas orchim. The Rebbetzin displayed extreme concern for others, and put other people’s needs before her own.

Throughout her life, the Rebbetzin submitted herself completely to her husband’s needs, and anything he said was holy to her.

A year ago, she took ill with the dreaded disease, and was hospitalized. Despite all her pain, she made much effort to try to continue her regular schedule as much as possible. She even managed to attend the wedding of a granddaughter several weeks ago.

The Rebbetzin was niftar on Friday night.

Her levayah was held Motzoei Shabbos in Bnei Brak, from the Lelover beis medrash. The levayah was attended by a large crowd, including many Rebbes and Rabbanim – notably her brothers, the Lelover Rebbes, shlita.

The levayah then continued to Tzfas, where it passed the Nadvorna beis medrash to the old cemetery, where the Rebbetzin was buried.

The Rebbetzin is survived by beautiful generations following the path that she and her illustrious husband set down for them, as well as brothers and sisters.