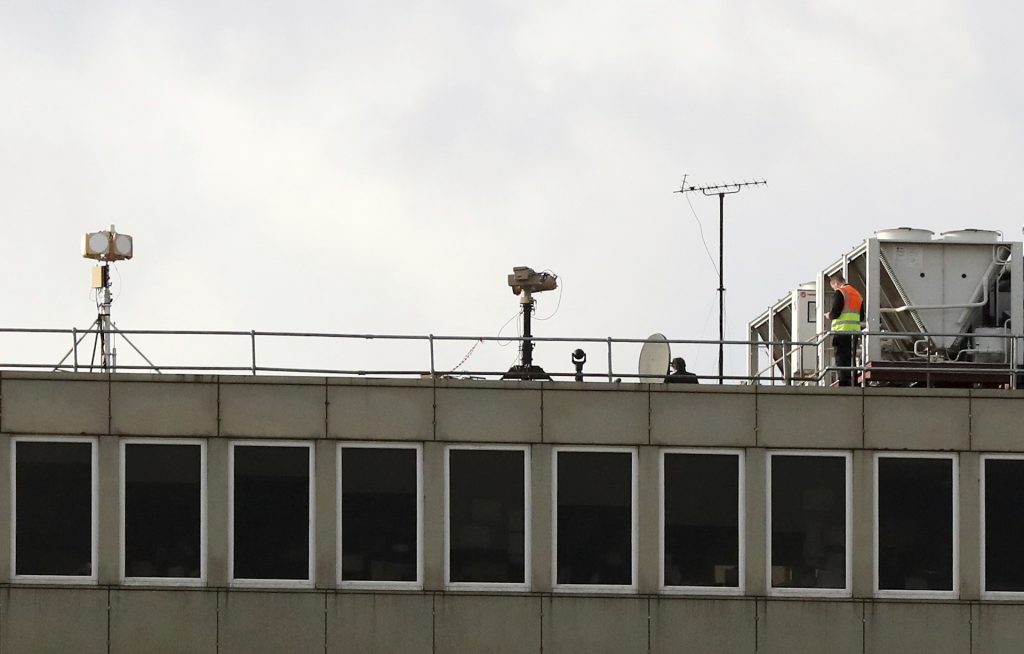 London’s Gatwick Airport was plagued by long lines and flight delays Saturday but no new drone sightings, allowing British officials to hope the worst was over after two people were arrested in connection with the drone invasion that had shut down the country’s second-busiest airport.

Check-in lines at Gatwick stretched the length of the departures hall as harried travelers tried to make good on holiday plans upended by three days of extended shutdowns caused by drones being spotted over the airfield.

The persistent drone crisis at Gatwick, 30 miles south of London, has had a ripple effect throughout the international air travel system since Wednesday night, when the first drone was spotted.

A Gatwick spokesman said Saturday that “things are going in the right direction” and should be back to normal by the end of the weekend after a horrendous few days that saw tens of thousands of travelers stranded or delayed.

Police said Saturday the drone suspects are a 47-year-old man and a 54-year-old woman from Crawley, a town 5 miles from the airport. They were arrested on suspicion of disrupting civil aviation.

The suspects, who have not been named or charged, were being questioned in custody. Sky news channel showed footage of police searching a house, reportedly where one suspect was living.

British police have not said if they think the two suspects acted alone or as part of a larger group. The motive for their aggressive drone flights has not been established, but officials say there are no indications it is “terror related.” There have been no new drone sightings since the arrests.

Gatwick’s arrival and departure boards showed that most flights operated Saturday but there were still a significant number of delayed takeoffs and landings. In all, the airport hoped to run 757 flights, serving just under 125,000 passengers.

“Passengers should expect some delays and cancellations as we continue to recover our operations following three days of disruption,” a Gatwick spokesman said.

New drone sightings Friday evening caused fresh problems for travelers at Gatwick, which had just reopened in the morning after a 36-hour shutdown. Authorities then had to hastily suspend flights for more than an hour Friday afternoon on one of the busiest travel days of the year.

Officials said extra military capabilities allowed flights to resume Friday night after the 70-minute halt but did not say what equipment had been put in place to counteract the drones.

“Our investigations are still ongoing, and our activities at the airport continue to build resilience to detect and mitigate further incursions from drones,” said Superintendent James Collis, who urged the public to contact authorities immediately if they had any relevant information about the drones.

Hundreds of people had to sleep at Gatwick on Thursday night, and many noted how freezing and uncomfortable it was. In response, officials said Saturday they are keeping the airport’s two main terminals heated.