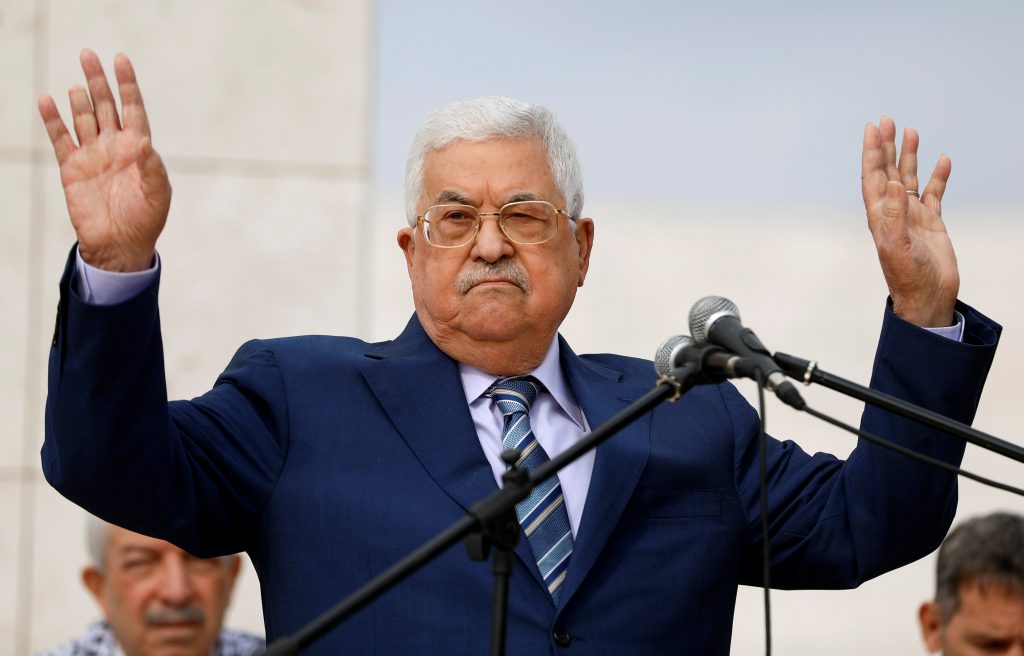 Palestinian leader Mahmoud Abbas pledged on Saturday to implement a court ruling and dissolve the parliament controlled by his rival Hamas movement, triggering warnings of chaos from the Islamic terror group.

Abbas’s announcement is the latest in a series of bitter splits and rivalries between his Fatah party and Hamas, which began in 2007 when Hamas routed his forces and took over Gaza, keeping his rule limited to parts of Yehudah and Shomron.

Since then, the Palestinian Legislative Council, where Hamas holds a majority after a 2006 landslide victory against Fatah, has been largely disabled. If done, breaking up the legislature would remain symbolic, maintaining the already entrenched political divide.”We resorted to the Constitutional Court and the court decided to dissolve the PLC and called for parliamentary elections in six months and we have to execute this [decision] immediately,” Abbas told a Palestinian Liberation Organization meeting in Ramallah.

He accused Hamas of blocking Egyptian efforts to restore Palestinian unity, a charge Hamas vehemently denies. Abbas says the dissolution of the parliament aims to pressure Hamas into accepting proposals for national reconciliation.

Egypt has brokered numerous deals to end the Palestinian split, but none has been fully implemented, with Hamas and Fatah trading blame over their failure.

In Gaza, Hamas lawmakers meet at the PLC, but most of the independent members and other parliamentary blocs like Fatah and the Popular Front for the Liberation of Palestine boycott the sessions to protest the disunity. The laws issued by Hamas legislators are limited to Gaza.

Yehiha Moussa, a Hamas lawmaker, warned that ending the PLC “destroys the political system and opens the door to chaos in the Palestinian arena.”

“This is a ready-made recipe for chaos,” he told The Associated Press by phone.

Hamas is likely to ignore the court order, insisting that the PLC expires automatically when a new one is formed following general elections.