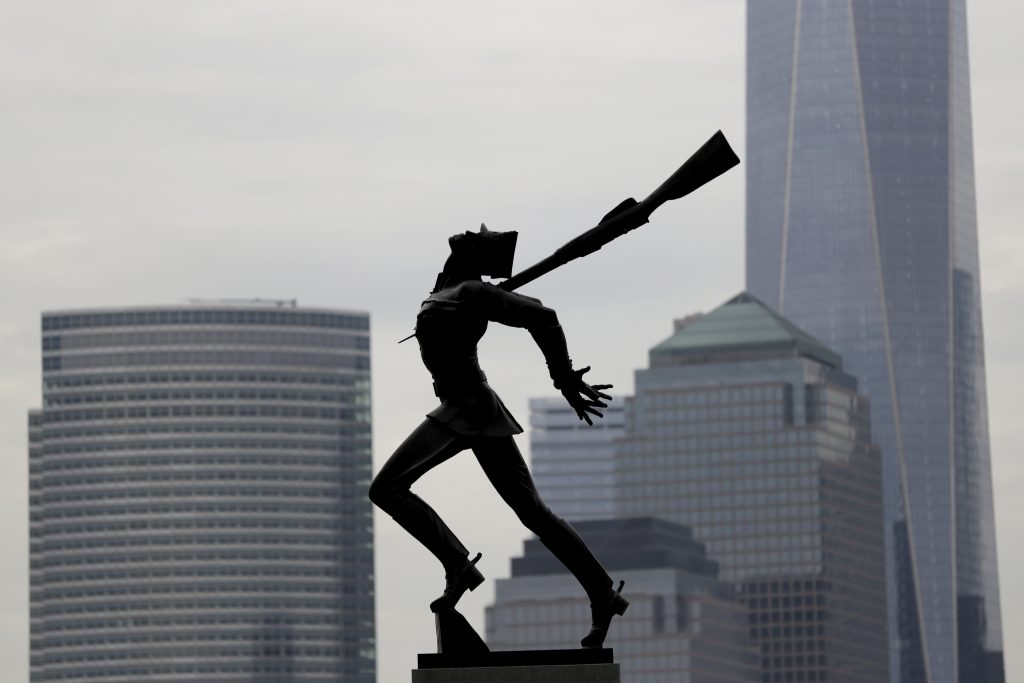 A Polish memorial statue that was at the center of a trans-Atlantic debate when a New Jersey mayor proposed moving it from its waterfront location will stay put.

Jersey City’s council voted early Thursday to keep the Katyn memorial where it has stood for more than 25 years. The Jersey Journal reported the vote.

The council’s vote ended a nine-month saga that featured protests, a federal lawsuit and heated words between Mayor Steven Fulop and Poland’s Senate Speaker. Polish President Andrzej Duda even got involved when he visited the memorial in May as part of a U.S. trip and met briefly with Fulop.

The statue shows a Polish soldier blindfolded and stabbed in the back with a bayonet. It commemorates the estimated 22,000 Poles massacred by Soviet troops in 1940.

Fulop initially planned to remove it to make way for a waterfront redevelopment project. That prompted protests from some in the local Polish community, who said moving the statue would desecrate the remains of those it means to honor. A lawsuit seeking to block the move was filed in federal court, and Fulop later proposed moving the statue to a waterfront spot a short distance away.

After Polish Senate Speaker Stanislaw Karczewski criticized the plan, Fulop tweeted that Karczewski was a Holocaust denier and “a known anti-Semite.” Karczewski called the comments “offensive” and “entirely untrue.”

The council in June adopted a resolution authorizing the move, but opponents gathered more than 7,000 signatures to put the issue before voters this month.

Before that could happen, Fulop changed course and asked council members to reverse their votes, the newspaper reported.