Business Trump’s Farmer Aid Could Save Some U.S. Soybean Acres Next Year
Business 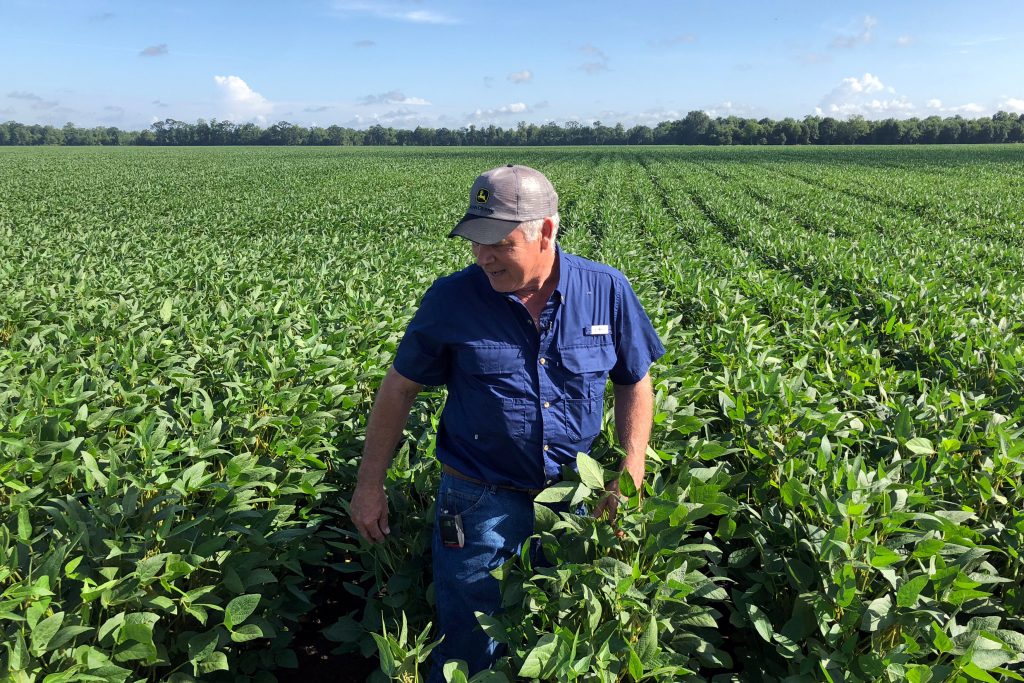 The Trump administration’s aid package for U.S. farmers hurt by the trade war could end up saving some soybean acres next year.

Prices for the oilseed tumbled this year as China shunned U.S. supplies. Meanwhile, the corn market held up relatively well, sparking speculation that as many 5 million acres could be switched from soy to the grain. But Donald Trump’s green light for a second round of aid payments this week may push farmers to reconsider, according to traders and analysts.

“It’s going to be a struggle to see a 4- to 5-million-acre shift to corn,” said Ted Seifried, chief market strategist at Zaner Group in Chicago. Seifried said seed dealers he’s in touch with have been surprised by the strength in sales for soy. He’s expecting a drop of 1.5 million to 3 million acres.

In 2018, American farmers sowed soybeans on 89.1 million acres, the same amount as corn, according to the U.S. Department of Agriculture. The crops can usually be planted on the same field, and growers often decide on sowings based on profitability.

Most-active soybean futures are down about 5 percent this year as the U.S-China trade war means American inventories are piling up amid tepid demand. Still, prices have pared losses after dropping by as much as 16 percent. Signs of easing relations between Beijing and Washington has brought some hope back to the market. Meanwhile, corn prices are up about 7 percent in 2018.

To soften the trade-war blow to farmers, the U.S. Department of Agriculture estimates it will make $9.57 billion in aid payments. Payments to soybean growers are estimated to reach $7.3 billion, or about 76 percent of the total, according to the USDA.

As China-U.S. tensions ease, the spread between soy and corn prices has widened. Earlier this month, the premium that beans command reached a six-month high, making the oilseed more appealing for farmers. The Asian country has bought American soy over the last two weeks in the first major purchases since levying tariffs against U.S. farm goods in July.

Growers will keep monitoring prices as they get closer to spring planting, said Don Roose, the president of U.S. Commodities Inc., adding that he expects soy seedings to fall by as many as 3 million acres. Factors such as fertilizer costs will also be part of what farmers take into account, he said.

“It’s a moving target, and the producers are planning, but these payments definitely help,” Roose said. “I don’t think it’s this whopper number that people were afraid of at one time.”