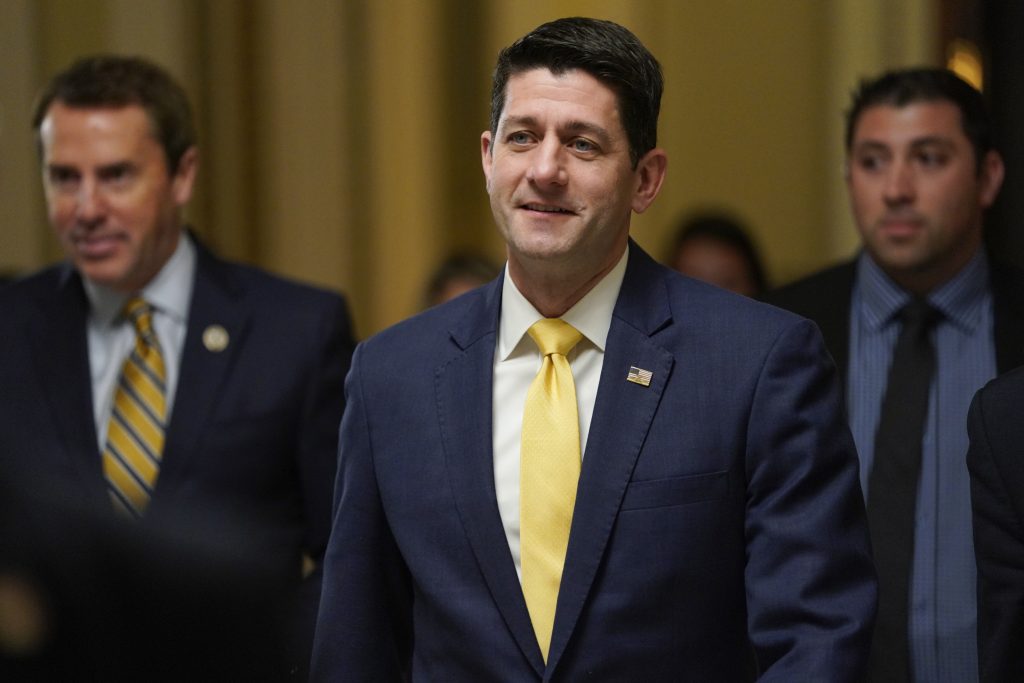 President Donald Trump told congressional Republicans Thursday he would not sign a bill to fund the government because it doesn’t include money for his border wall with Mexico, throwing the budget process into deep disarray and risking a federal shutdown this weekend.

“The president said he will not sign this bill,” House Speaker Paul Ryan said exiting a hastily called meeting with Trump and other GOP lawmakers at the White House.

The House had been set to vote on the bill Thursday, before a deadline at midnight Friday to fund parts of the government or risk a partial shutdown just before end of year.

The White House suggested earlier Thursday that Trump was not onboard with the critical spending agreement because it lacked billions of dollars for “steel slats or a wall” at the Mexican border.

And Trump himself lashed out at Republican leaders on Twitter after speaking by telephone with Ryan. Then Trump’s press secretary issued a statement saying the president “does not want to go further without border security,” including money for the wall.

Trump has faced rare, bitter criticism from some fellow Republicans over the past day for “caving” on wall funding. As House Republicans struggled to find the votes to pass the Senate bill, Trump started blaming GOP leaders for failing to deliver on the $5 billion he had demanded for the wall. Ryan had promised a “big fight” after the midterm elections, but as Republicans lost House control, negotiations over the year-end spending bill have largely been between Trump and Democrats.

“I was promised the Wall and Border Security by leadership,” Trump tweeted shortly after calling Ryan during a morning meeting of House Republicans. “Would be done by end of year (NOW). It didn’t happen! We foolishly fight for Border Security for other countries – but not for our beloved U.S.A. Not good!”

The temporary funding bill would keep government running to Feb. 8, but some House Republicans say it’s better to fight for the border wall now, before they relinquish their majority to Democrats in the new year. Facing enormous criticism from high-profile conservative media figures, they don’t want to leave town without one last fight over the border wall.

Rep. Warren Davidson, an Ohio Republican and House Freedom Caucus member, said some Republicans want to “continue to fight for wins we promised the American people we would get.”

“I don’t know anybody that’s ready to vote for this,” he said.

Trump appeared earlier in the week to shelve his shutdown threats after promising a fight over the wall, a project central to his presidential campaign. Just last week Trump said he would be “proud” to shut down the government over it. Some of his allies described the move as caving on his pledge and they expressed concern it could hurt Trump’s 2020 prospects.

Trump wanted $5 billion. The bill keeps funding at current levels, $1.3 billion, for border security and fencing, but not for the wall.

Senate Majority Leader Mitch McConnell (R-Ky.), has said passing the stopgap funding bill would show that Republicans, still in control of the House and Senate, could finish the year by not prolonging a potential crisis.