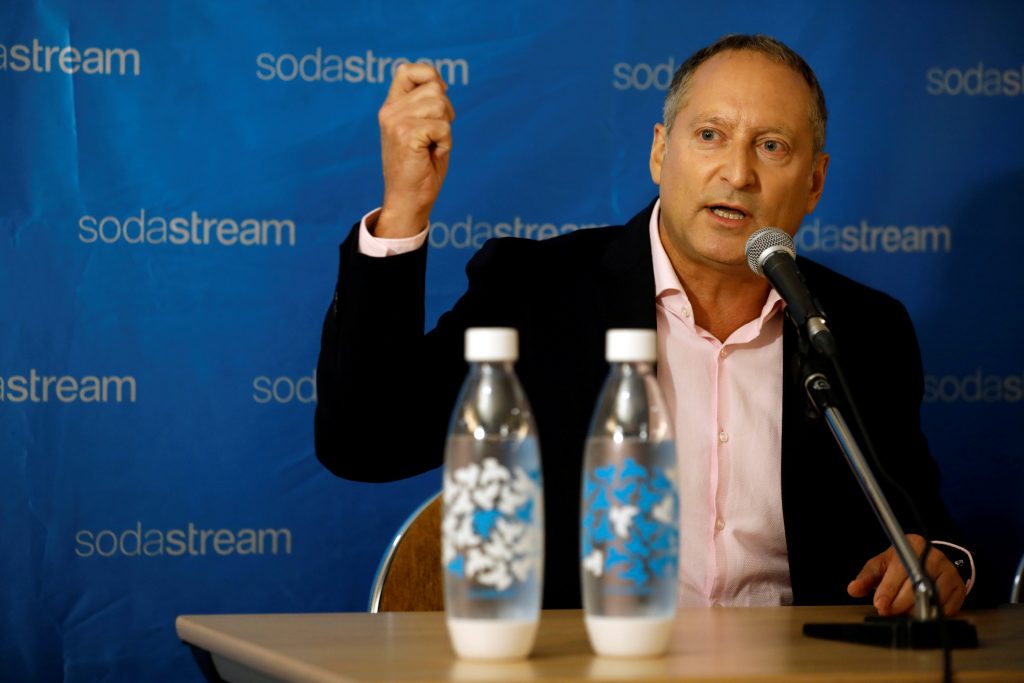 Sodastream CEO Daniel Birnbaum revealed on Thursday that his company plans to open a production plant in the Gaza Strip, Globes reported.

Speaking alongside Ramon Laguarta, CEO of Pepsico (which just bought Sodastream) at the 2018 Globes Business Conference in Yerushalayim, Birnbaum declared that he believes in Jews and Arabs working together.

“The diversity in the plant is very important to us,” he said, adding that “we want people in the Gaza Strip to have jobs — real jobs,” which he argued was the road to peace.

Birnbaum said the Gaza facility will be operated through a subcontractor.

Laguarta discussed the reason for Pepsico’s recent acquisition of the Israeli home beverage firm for $3.2 billion. He described it as “a great opportunity for Pepsico, given the great vacuum in the beverages market resulting from reduced use of plastic, which Pepsico is filling through the acquisition of Sodastream.”

The Pepsico executive touted his company’s commitment to “make the world a better place,” citing Pepsico’s “courage in choosing to reduce its use of plastic. We saved the world millions of bottles.”

Laguarta recalled that a tour of a Sodastream’s plant in the southern city of Arad had made a strong impression and helped persuade him to proceed with the deal.

He said that this impression was mainly a result of “the human state of the plant,” which employs 2,000 people, including Jews and Arabs on equal terms.