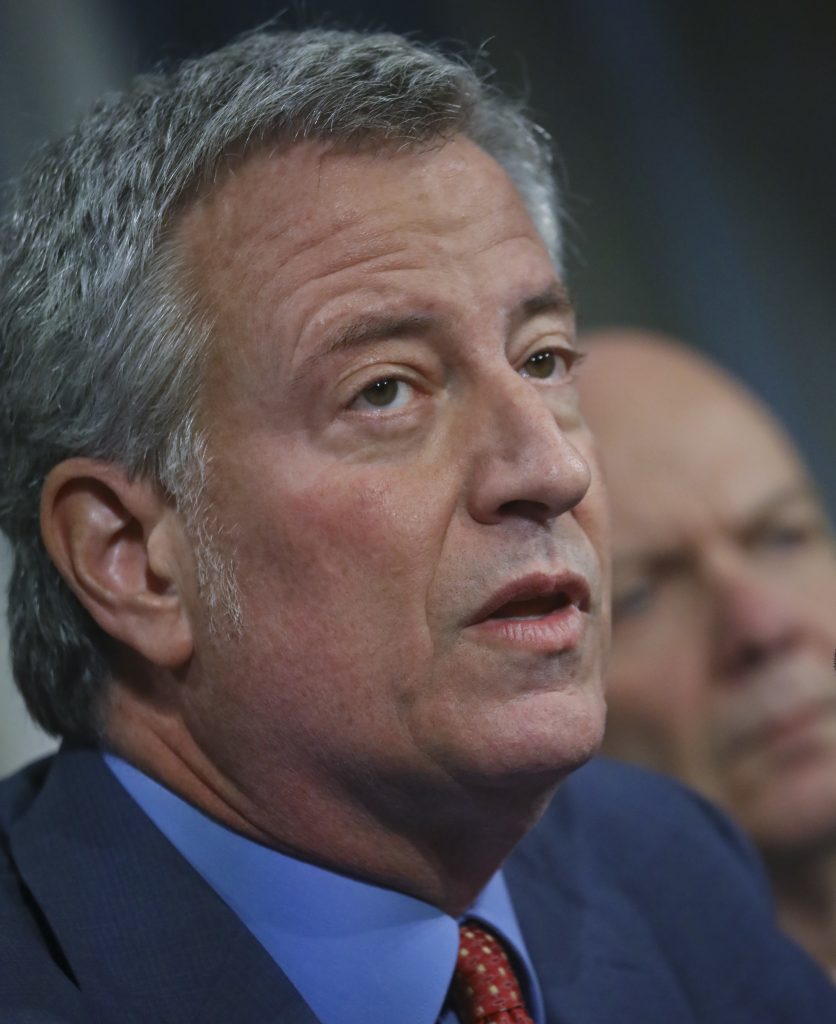 The mayor spoke Thursday at a Dominican cultural center in upper Manhattan.

The Democratic mayor says legalization should include the expunging of petty crimes for marijauna. And he’d like marijuana sales to be closed to corporate interests and open to New Yorkers — especially African-Americans and Hispanics, who he says have been unfairly prosecuted for its use.