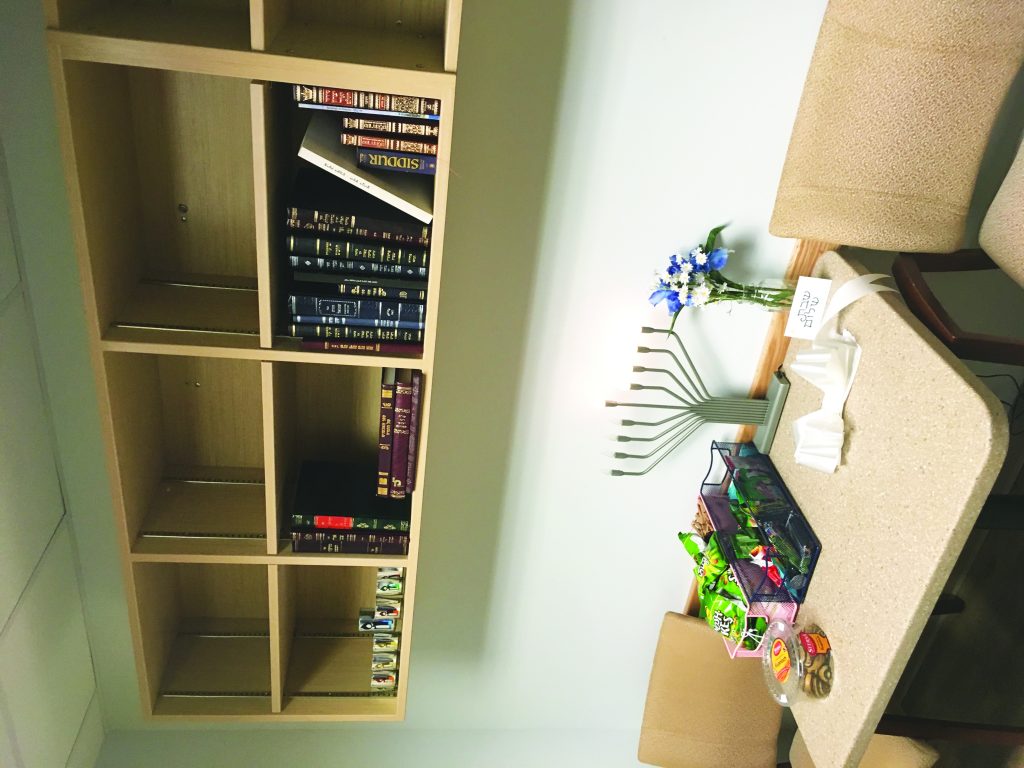 It took Bikkur Cholim of Philadelphia 20 years of perseverance, lobbying and cajoling but now, finally, Jewish cholim from all over the world will be able to have a user-friendly experience as they access one of the most prestigious medical centers in the world, Hospital of the University of Pennsylvania (HUP).

Sadly, until very recently, frum patients in HUP didn’t have access to kosher food or other frum amenities for caregivers. All this changed with a ribbon-cutting ceremony for the kosher pantry which took place on Thursday, December 5.

“Already 20 years ago, we realized how vitally important a kosher pantry would be for frum patients,” said Mrs. Malkie Schwartz, co-head of Bikkur Cholim of Philadelphia. “We started lobbying the leadership of the hospital back then, but, due to layers of bureaucratic red tape we were met with all kinds of obstacles.

“However, we finally celebrated the ribbon-cutting on an absolutely state-of-the-art, new bikur cholim room that offers so many amenities for the frum patient. HUP can now be an extremely appealing option for any frum patient from anywhere in the world who desires to access the amazing network of HUP’s world-renowned specialists.”

Mrs. Schwartz, together with co-head of Bikkur Cholim of Philadelphia, Mrs. Susie Wohlgelernter, and their wonderful group of volunteers have been serving cholim in CHOP, Lankenau and HUP for decades. At the ribbon-cutting for the new facility, however, they emphasized that the addition of the pantry in HUP will bring their services to a new level.

The new bikur cholim room contains an eating area, a constant supply of nutritious meals, snacks and even chalav Yisrael ice cream, something that is very hard to come by in Philadelphia.

The milestone of a kosher pantry was a joint effort that involved the hard work of many caring people. Mrs. Mindy Oppenheimer was instrumental in cutting through the red tape and lobbying the hospital.

Simultaneously, she helped spearhead a lobbying effort where frum patients sent letters to the HUP leadership, explaining how HUP is in many ways, a far preferable option to Manhattan Hospitals, but the lack of kosher facilities was preventing many frum patients from coming.

Many frum doctors in HUP also helped lobby the hospital, explaining how a kosher pantry would enhance their ability to serve all of their patients, Jewish and non-Jewish alike.

Also notable were the efforts of HUP President Regina Cunningham and Pastor Jim Browning, who was willing to give up his own office so that Jewish patients would have access to kosher food.

She thanked everyone who was involved in bringing this dream to a reality, both those from Bikkur Cholim, and the hospital administration.

The beautiful pantry was designed by Mrs. Mindy Oppenheimer to allow for optimum comfort and convenience. A family member of a patient put it best when she said, “It was 20 years in coming, but it is so beautiful, it was worth the wait!”