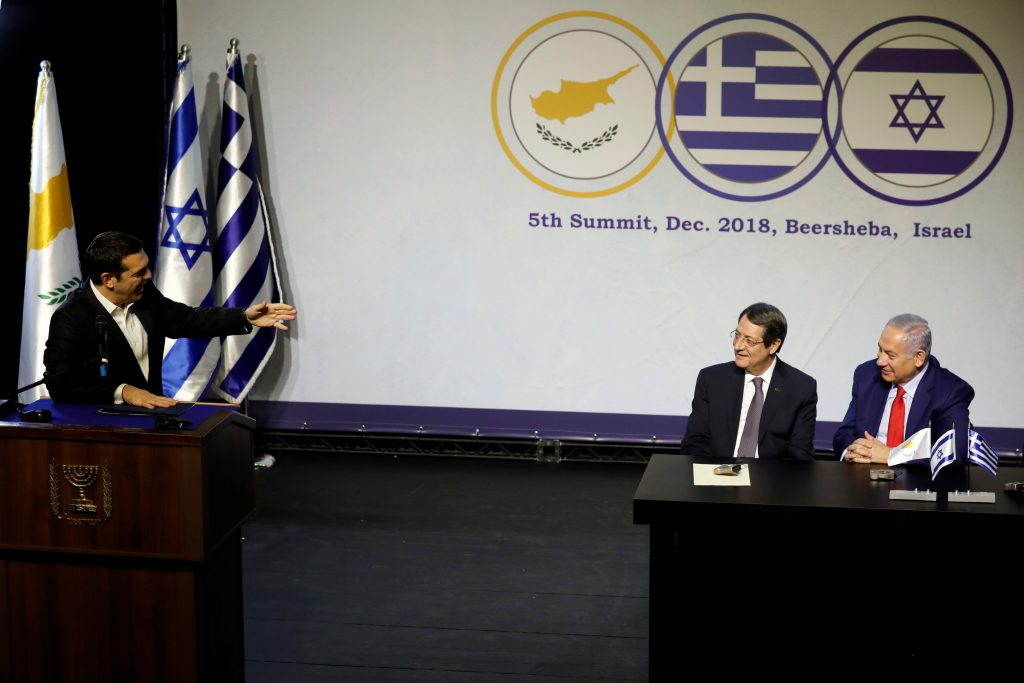 Prime Minister Binyamin Netanyahu said on Thursday that Israel, Greece and Cyprus will sign an agreement early next year to build a pipeline to carry natural gas from the eastern Mediterranean to Europe.

“We’re going to sign formally, officially, this agreement in a few months,” Netanyahu said at the fifth annual trilateral summit, in Be’er Sheva.

The $7 billion project, expected to take six or seven years to complete, is aimed at challenging Russian dominance of the European energy market and to blunt Iranian ambitions to use Syria as a gateway to the eastern Mediterranean, The Times of Israel said.

At the Be’er Sheva meeting, Netanyahu said the three countries reaffirmed their commitment to the pipeline and discussed “important aspects” of the project. Cyprus President Nicos Anastasiades said the project is waiting for a green light from the European Union to move forward.

The U.S. ambassador to Israel told the summit that the United States “wholly supports” the pipeline project.

David Friedman said it was “of great importance for the stability and prosperity of the Middle East and Europe” and urged all countries in the region to work to ensure its success.

Washington has expressed renewed interest in the region. In a meeting with the Greek foreign minister earlier this month, Secretary of State Mike Pompeo called it “an important strategic frontier” for the U.S., which is working to strengthen relations with “democratic allies there like Greece and Cyprus and Israel.”

The countries also pledged to cooperate in cyber security, while Israel and Cyprus signed a preliminary deal on technical cooperation and Israel and Greece reached a framework agreement on satellite technology, the Times reported.