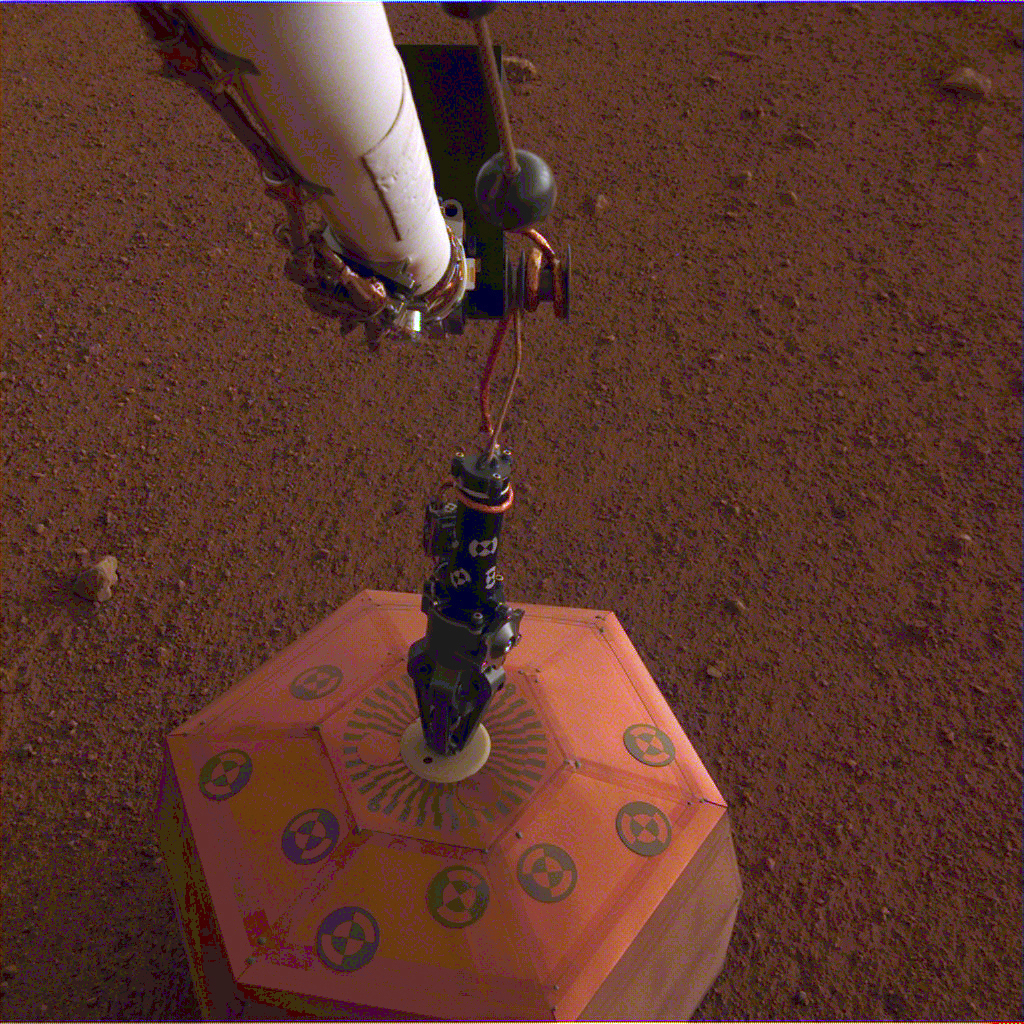 NASA’s new Mars lander has placed a quake monitor on the planet’s dusty red surface, just a few weeks after its arrival.

Mars InSight ‘s robotic arm removed the seismometer from the spacecraft deck and set it on the ground Wednesday to monitor Mars quakes.

It’s the first time a robotic arm has lowered an experiment onto the Martian surface. The ground is slightly tilted, and so flight controllers at NASA’s Jet Propulsion Laboratory in Pasadena, California, still need to make the seismometer level.

The French dome-shaped seismometer is a little over 5 feet in front of the stationary lander, about as far as the arm can reach.

Next month, InSight’s arm will put a wind cover over the seismometer and set down another experiment. The heat probe, dubbed the mole, will burrow up to 16 feet into Mars to measure internal temperatures.

“Seismometer deployment is as important as landing InSight on Mars,” JPL’s Bruce Banerdt, lead scientist, said in a statement. It’s needed to “complete about three-quarters of our science objectives.”

Banerdt plans to open a bottle of Champagne once seismic measurements start rolling in.

InSight landed on Mars on Nov. 26.