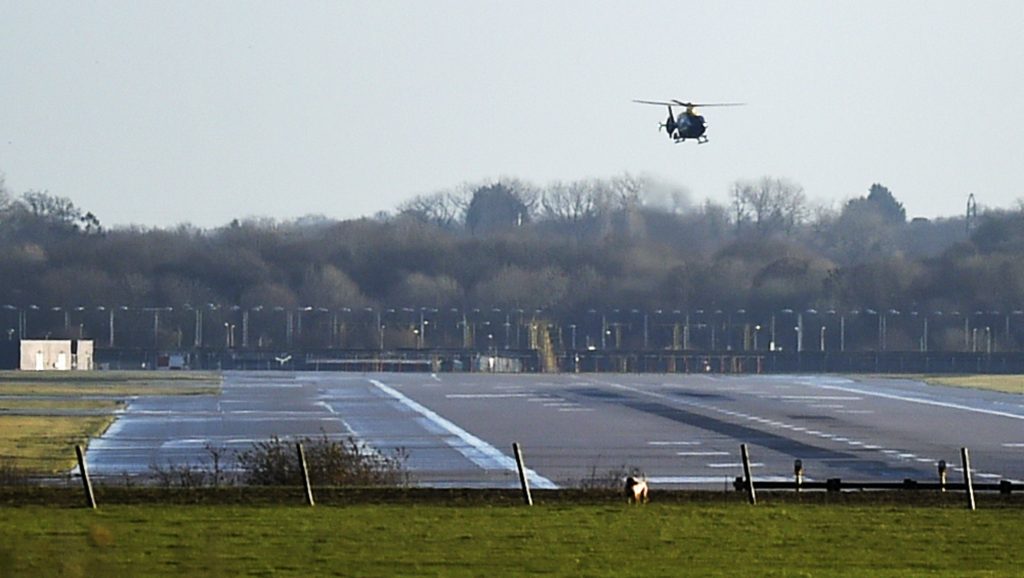 Another drone was seen near Gatwick Airport Thursday afternoon, and there is still no time set for the airport to reopen, its chief operating officer said.

“It is clearly our intention to get open again, but only when it is safe to do so,” Chris Woodroofe told the BBC.

“Currently, we have had within the last hour another drone sighting, and so at this stage we are not open and I cannot tell you what time we will open.”

Police and airport reports talk of sightings of more than one drone. Woodroofe described one of the drones as a heavy industrial drone.

“It’s definitely not a standard, off-the-shelf type drone,” he said on BBC radio. “Given what has happened I definitely believe it is a deliberate act, yes.”

“We also have the helicopter up in the air but the police advice is that it would be dangerous to seek to shoot the drone down because of what may happen to the stray bullets,” Woodroofe said.

Under British law it is illegal to fly drones within 1 km (0.6 mile) of an airport boundary. The offense is punishable by up to five years in prison.

An increase in near collisions by unmanned aircraft and commercial jets has fueled safety concerns in the aviation industry in recent years.

The number of near misses between private drones and aircraft in the U.K. more than tripled between 2015 and 2017, with 92 incidents recorded last year, according to the U.K. Airprox Board.