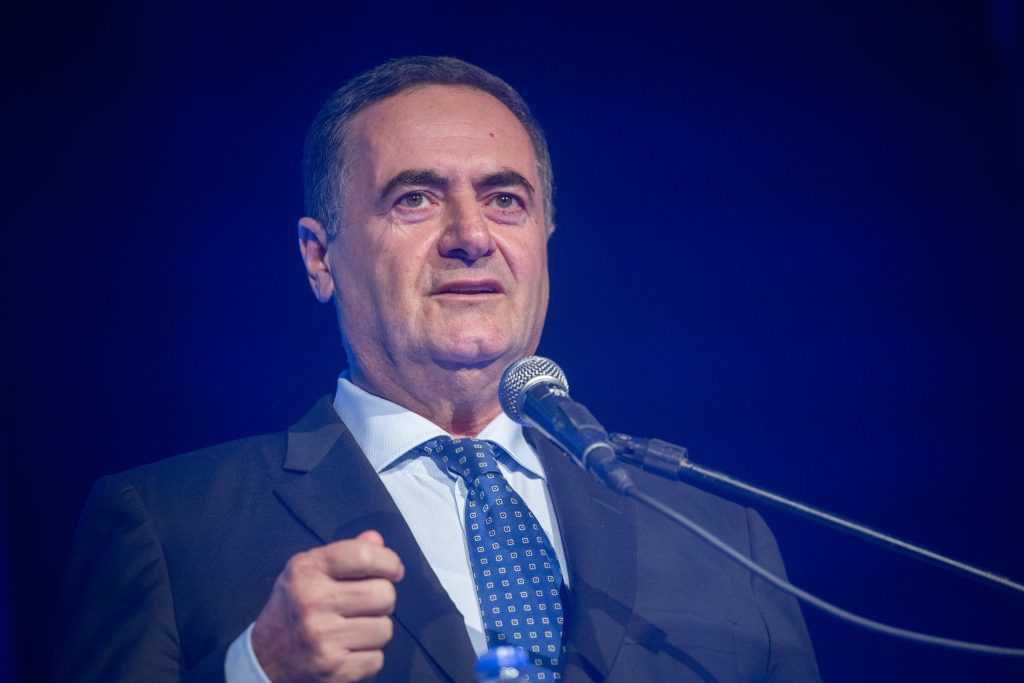 The United States’ decision to withdraw its last soldiers from Syria will not affect Israeli policy regarding that country, Yisrael Katz told Yediot Acharonot Thursday.

Besides being transportation minister, Katz is also intelligence minister and a member of the Security Cabinet. “Israel will continue to act within the same red lines, to prevent Iran from ensconcing itself via a presence in Syria and enhancing Hezbollah via Shiite militias in Lebanon,” Katz said. “We will act to prevent weapons smuggling by Iran to Syria and Hezbollah.”

On Thursday, the U.S. said it had begun withdrawing the 2,000 or so American soldiers still in Syria. “”We have started returning United States troops home as we transition to the next phase of this campaign,” White House spokesperson Sarah Huckabee Sanders said in a statement.

“The United States and our allies stand ready to re-engage at all levels to defend American interests whenever necessary, and we will continue to work together to deny radical Islamist terrorists territory, funding, support.”

The statement follows a social media comment that “after historic victories against ISIS, it’s time to bring our great young people home. We have won against ISIS,” Trump said in the message. “We’ve beaten them and we’ve beaten them badly. We’ve taken back the land. And now it’s time for our troops to come back home.”

That was the first most Israeli officials knew about the decision, Katz said, although Prime Minister Binyamin Netanyahu “was updated in recent days. But the president decided to tie his decision to a demand that Iran withdraw its forces from Syria ad well.”

As far as Trump’s claim that Islamic State had been defeated, Katz said that the group “has sustained significant losses in Syria and Iraq, and nearly all the geographic areas it had seized have been captured. But ISIS is still alive, because ISIS is an idea.”

There was no question that Israel benefited from the American presence in Syria, Katz said. “The Americans were a force that prevented the unification of a Shiite front” that would extend from Iran through Iraq, Syria, and Lebanon. “But we can’t tell the Americans where to put their soldiers. They will still have an air presence in the region.”

With that, Katz said “I want to stress that there has not been even one joint mission between Israeli and American troops versus Iranian forces in Syria since they began operating there.”

Regarding the future, “the challenge is great but we can handle it,” Katz said. “We are operating against Iran and Syria in a professional manner, based on intelligence, and we have stressed that when we have information regarding Iranian intentions to cross our red lines, we will act.” That action would be coordinated with Russia, in order to avoid tensions with Russian forces, he added.

In a statement, Prime Minister Binyamin Netanyahu said that American officials had alerted him in advance of the president’s decision. “They said they had other ways to ensure they had the proper influence in the region. We are considering the timetable of the withdrawal, how it will take place, and the impact on us. In any event we will defend ourselves on that front,” the statement said.