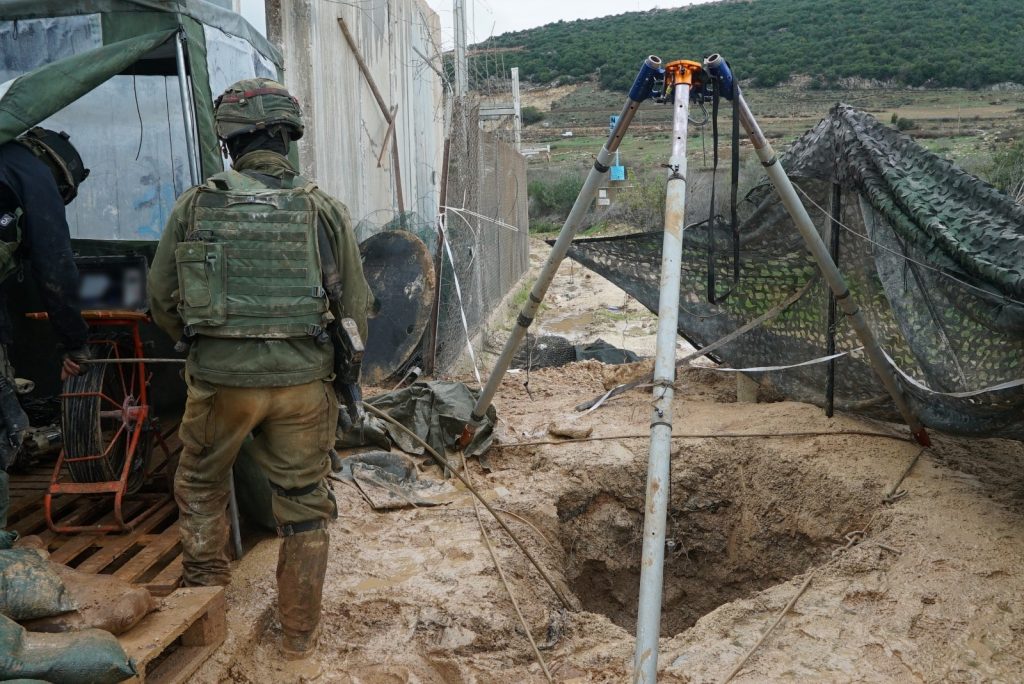 The IDF said Thursday that it had begun to seal off the cross-border Hezbollah terror tunnels exposed during Operation Northern Shield.

Unlike the terror tunnels from the Gaza Strip, which the IDF has at times destroyed with explosives, the army was plugging shut the passages from Lebanon, IDF officials said.

It was not immediately released what the IDF was using to seal off the tunnels or which of the four tunnels that the army said it had found inside Israel were being destroyed.

According to a report on Channel 2, the Israeli forces are using alternative methods to demolish the tunnels, without the need for explosives. An IDF spokesperson said additional details about the “neutralization” of the tunnels would be released later in the day.

Earlier on Thursday, Prime Minister Binyamin Netanyahu hinted at “developments” in Operation Northern Shield, during his meeting with leaders from Greece and Cyprus.

“A few weeks ago, Israel launched a campaign to expose and neutralize cross-border terror tunnels on our northern border with Lebanon,” said Netanyahu. “These tunnels were built by Hezbollah with direct support and funding from Iran. This is the Iranian web of aggression in the Middle East, which also terrorizes Europe and the entire world.

“Israel continues its operation against the Hamas terror tunnels and will do so until its completion.

“As we speak,” said Netanyahu, “we’re employing means to neutralize these tunnels, and we’ll continue to act in Syria to prevent Iran’s effort to militarily entrench itself against us. We are not going to reduce our efforts; we’re going to increase our efforts.”