World France: IS Hasn’t Been Wiped From Map in Syria; Forces to Stay On
World 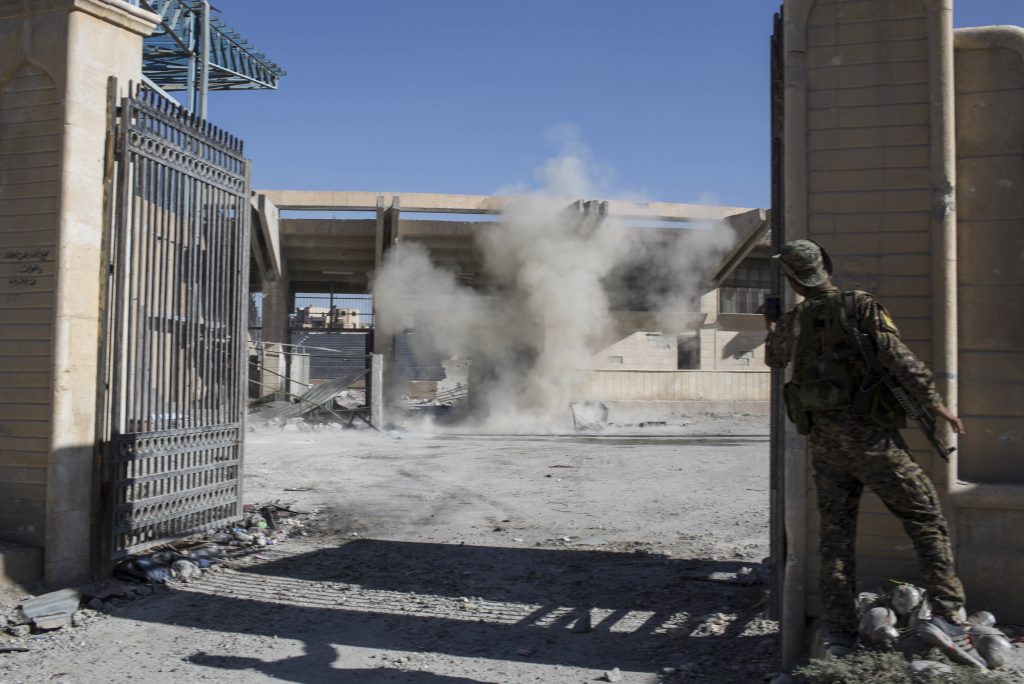 France will keep its troops in northern Syria for now because Islamic State terrorists have not been wiped out and continue to pose a threat to French interests, officials said.

France is a leading member of the U.S.-led coalition fighting terrorists in Syria and Iraq and has around 1,000 troops including special forces based in the north of the country, deployed alongside local Kurdish and Arab forces.

French diplomats told Reuters on Wednesday that President Donald Trump’s decision to withdraw all its 2,000 troops from the region had taken Paris by surprise. U.S. officials justified the decision by saying Islamic State had been entirely defeated.

“It shows that we can have different priorities and that we must count on ourselves first,” Europe Minister Nathalie Loiseau told C-News channel. “For now, of course we are staying in Syria because the fight against Islamic State is essential.”

France is especially sensitive to the Islamic State threat after several major attacks on its soil in recent years. Hundreds of French nationals have joined the group in Syria.

Defense Minister Florence Parly acknowledged on Twitter that the terror group had been weakened and lost some 90 percent of its territory, but said the battle was not over. “Islamic State has not been wiped from the map nor have its roots. The last pockets of this terrorist organization must be defeated militarily once and for all,” she said.

President Emmanuel Macron spoke with Trump on Wednesday, diplomats said. In April, when Trump previously announced a U.S. withdrawal, Macron persuaded the U.S. leader that Washington should stay engaged by citing the threat of Iran in the region.

French officials are scrambling to find out from U.S. agencies exactly what Trump’s announcement means. The United States has been unclear on when the troops will be withdrawn.

“We’re used to it now with the Trump administration. The devil is in the detail,” said one French diplomat.

France has about 1,100 troops operating in Iraq and Syria providing logistics, training and heavy artillery support as well as fighter jets to strike targets. Its presence in Syria also includes dozens of special forces, military advisers and some foreign office personnel.