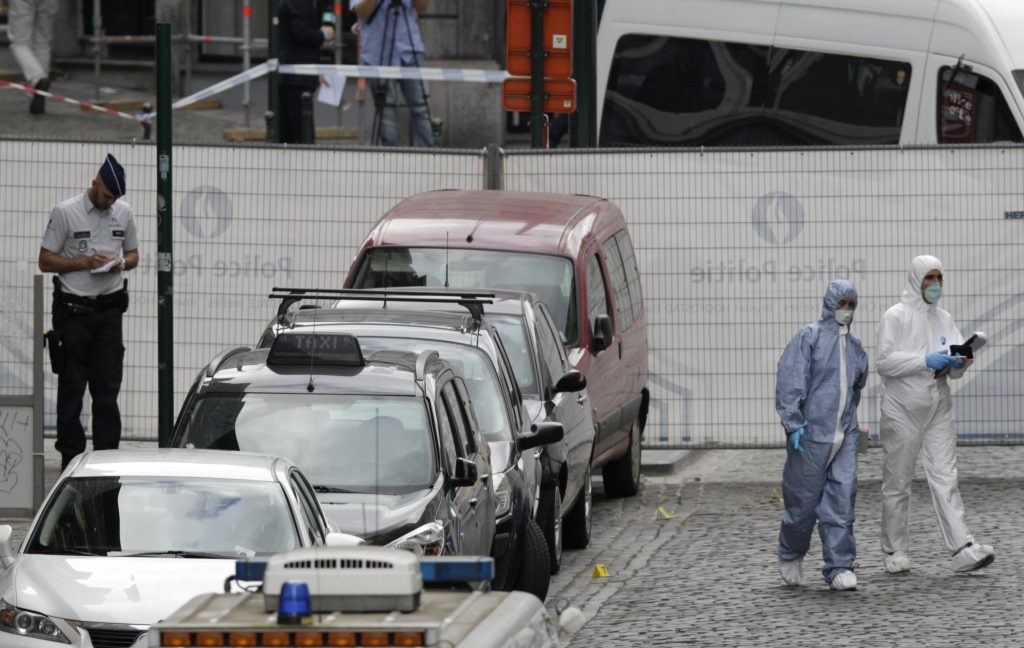 A man accused of shooting dead four people at a Jewish museum in Belgium in 2014 after fighting alongside terrorists in Syria appeared in court Thursday amid high security, as preparations began for his trial next month.

French national Mehdi Nemmouche, 33, is accused of “terrorist murder” for gunning down the four with a handgun and an assault rifle in the Brussels Jewish Museum in May 2014. His alleged accomplice, Nacer Bendrer, 30, also appeared in court.

Nemmouche has said he was involved but did not carry out the killings.

The slaying was one of the first in Europe involving so-called foreign fighters — often young, radicalized people who trained or fought with the Islamic State group or other extremists — who returned home to commit atrocities like the November 2015 Paris attacks and the Brussels suicide bombings four months later.

Nemmouche’s lawyer Sebastien Courtoy said his client “is here to proclaim his innocence.”

Asked whether Nemmouche would testify, Courtoy said that “if circumstances require it, he will speak. He’s not mute.”

Security camera video from the May 24, 2014 killing shows a shooter wearing a baseball cap coolly gun down two people at the museum entrance, then pull out an assault rifle to spray the others from a doorway.

It was over in 82 seconds and the killer strode away. An Israeli couple visiting the city and two museum workers were killed.

Nemmouche, who is believed to have fought alongside Islamic State members in Syria, was captured in France almost a week later. He had been under surveillance by French and Belgian security services. French authorities also identified him as one of the jihadists who kept four French journalists hostage until they were freed in April 2014 in Syria.

The trial is expected to start on Jan. 10, although defense lawyers have requested a two-week delay to examine extra evidence submitted by prosecutors. It is expected to last six to seven weeks.