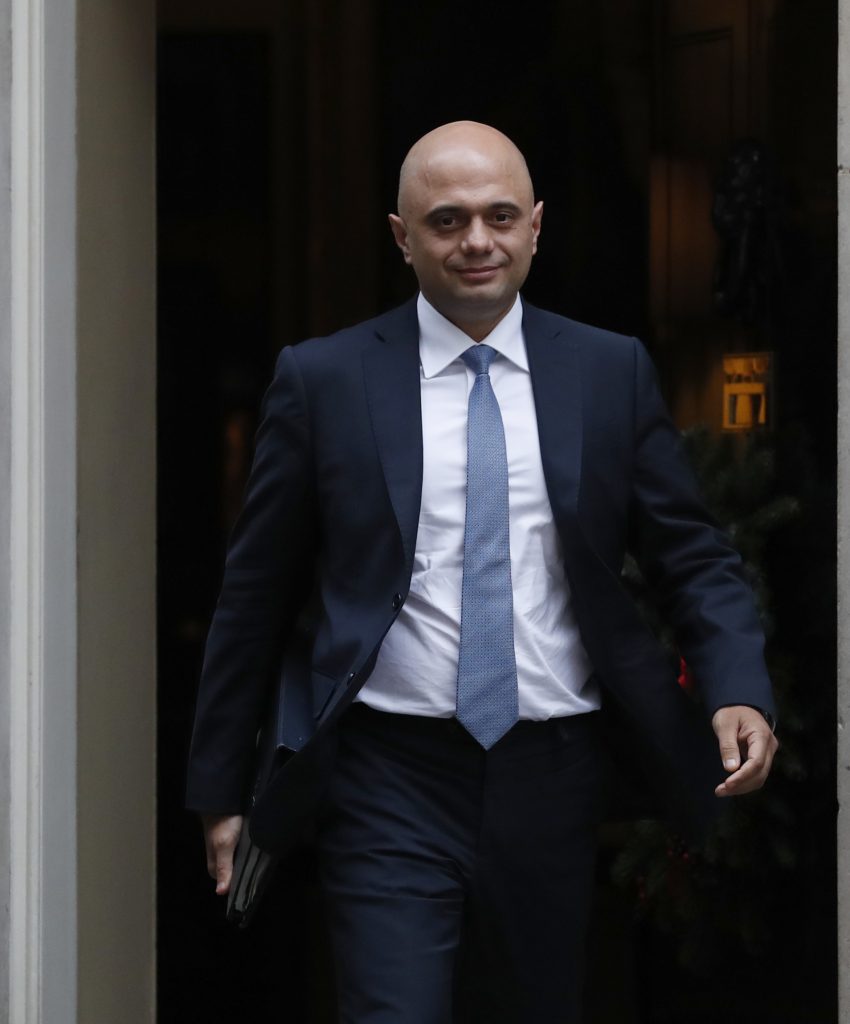 The British government is publishing long-awaited plans for a post-Brexit immigration system that will end free movement of European Union citizens to the U.K.

Home Secretary Sajid Javid said the proposals to be published Wednesday set out a “skills-based immigration system built around the talent and expertise people can bring, rather than where they come from.”

At present, all EU nationals can live and work in Britain under the bloc’s free-movement rules, but that will end after the U.K. leaves in March.

The government is proposing no limit on the number of well-paid, skilled immigrants who can settle in Britain, but curbs on “low-skilled” workers.

Many businesses are warning that a clampdown on less well-paid immigrants will choke off the supply of workers to sectors including hospitality and health care.