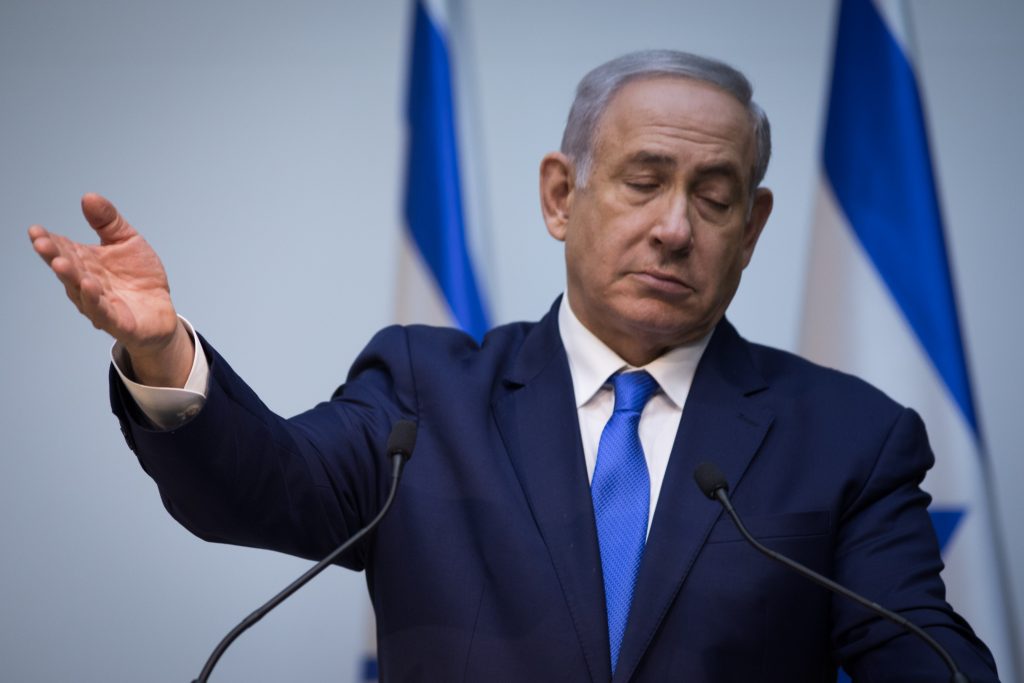 The cases against Israeli Prime Minister Binyamin Netanyahu passed a significant phase on Wednesday as State Prosecutor Shai Nitzan said that he has recommended an indictment on charges of bribery, fraud and other offenses.

Specifically, Nitzan reached the conclusion that the prime minister should be charged in Case 4000, the “Bezeq-Walla Affair” in which he allegedly arranged lucrative regulatory benefits for Shaul Elovitch, the controlling shareholder of Bezeq, in exchange for favorable coverage from his Walla news site.

Two other cases for which police investigators had recommended Netanyahu be indicted on corruption charges were apparently not as strong, and may be put aside by the attorney general, according to reports.

The massive 800-page report produced by Nitzan’s office will now be submitted to Attorney General Avichai Mandelblit for final disposition of the cases. It will not, however, be Mandelblit’s first look at the materials. According to a Channel 2 report, he has been “reading intensely and constantly” the recommendations of the state police and State Attorney’s Office against the prime minister.

“With the completion of the work of the State Attorney’s Office, deliberations will begin in the coming days with the attorney general on the basis of our recommendations,” Nitzan said. “After the deliberations are complete, the attorney-general’s decision will be announced. We are making every effort to complete all the cases as soon as possible.”

Mandelblit was expected to reach a decision on whether to file indictment “far before Pesach,” according to Channel 2.

True to form, Netanyahu reiterated on Wednesday that the allegations against him are groundless, and again hit out against a legal system which he says is corrupt and biased against him.

At the Globes Conference earlier in the day, Netanyahu asserted that “there has been undue pressure on – and even bullying of – the [legal] gatekeepers” in his cases, which he said “endangered democracy.”