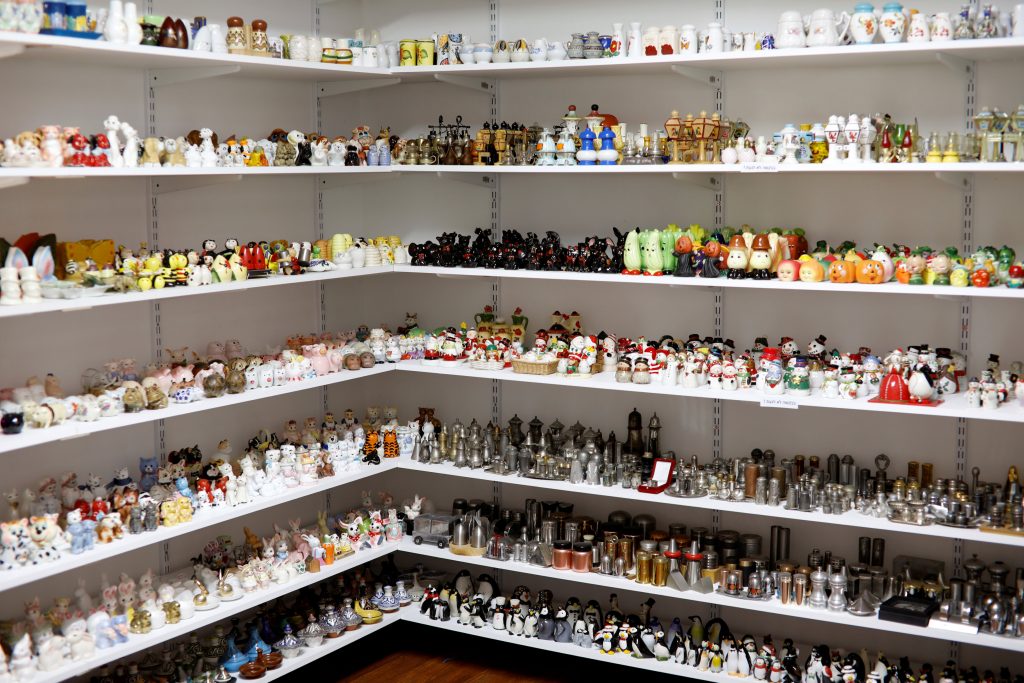 Eitan Bar-on has turned his house in Hadera into a museum — for salt and pepper shakers.

Some 37,000 pairs are on display on floor-to-ceiling shelves in the museum the 58-year-old Israeli collector has opened in his backyard in the northern Israeli city.

Bar-on’s exhibit includes shaker animals, figures in traditional dress and even a ceramic Queen Elizabeth and her dog.

He received most of the shakers as gifts or as donations from other collectors, and purchased the rest.

Bar-on began the collection in 2014 and he said representatives of the Guinness World Records were due to visit his ‘Salt & Pepper Museum’ soon.

He has digitally documented every shaker. The oldest dates back to 1703, and he said the most expensive was worth $17,000.

“I’m going to stop on forty thousand because I think that it’s very difficult for people to handle with such a quantity of items and that’s the limit,” said Bar-on.