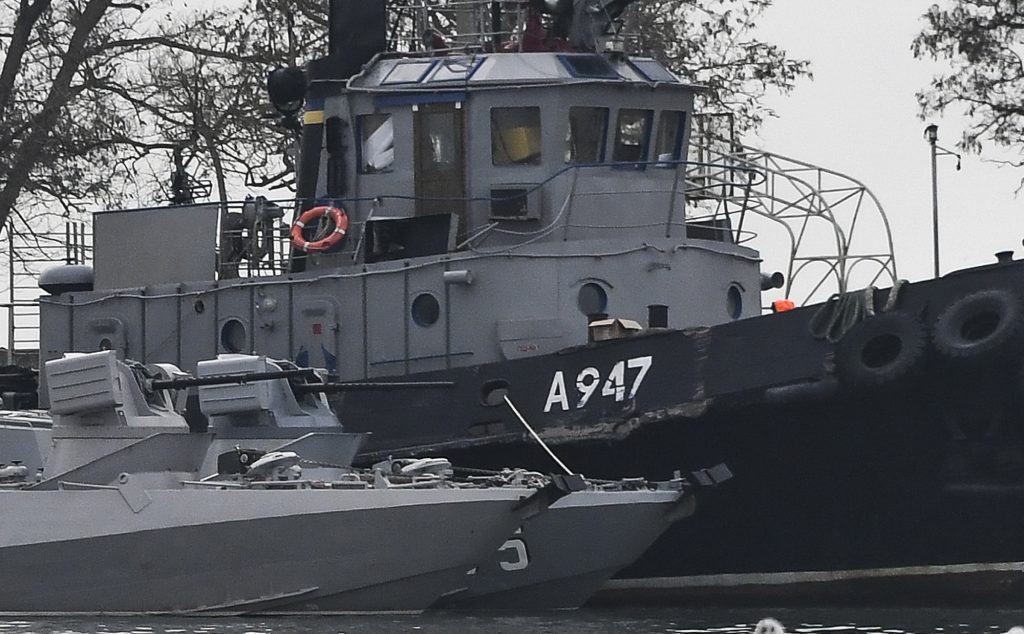 Ukraine plans to again send its warships into the Sea of Azov, a top Ukrainian official said, a move that could set the stage for another clash with Russia.

Oleksandr Turchynov, the secretary of the National Security and Defense Council, said in an interview with the BBC published Wednesday that another such mission is necessary to prevent Russia from claiming control over the body of water. Russia’s Foreign Ministry on Wednesday denounced his remarks as a “provocation.”

On Nov. 25, the Russian coast guard fired upon and seized three Ukrainian naval vessels and 24 seamen when they tried to sail from the Black Sea into the Sea of Azov. The U.S. and its NATO allies have condemned what they described as unjustified use of force by Russia, and urged Moscow to release the boats and their crews.

Ukraine said its boats operated in line with international rules, while Russia charged that the Ukrainian vessels had failed to obtain permission to pass.

The standoff has further fueled the tug-of-war between the two neighbors over Russia’s 2014 annexation of Crimea and support for separatist rebels in eastern Ukraine.

Ukrainian President Petro Poroshenko responded to the incident by introducing martial law for 30 days, something Ukraine hadn’t done even after Crimea’s annexation and amid large-scale fighting with Russia-backed separatists in the east in 2014-2015.

As part of martial law, Ukraine has beefed up its forces on the border with Russia, called up reservists for training and barred entry to all Russian males aged between 16 and 60.

Amid the tensions, Russia and Ukraine accused each other of making plans to launch a military action.

Turchynov told the BBC that it’s essential for Ukraine to mount a new naval deployment into the Sea of Azov, warning that if Ukraine stands back, Russia will take over sea routes and dictate its will.

“We have no alternative,” he said.

Turchynov noted that the Ukrainian military plans to deploy new missiles onshore, adding that they would be capable of destroy the bridge linking Crimea with Russia.

In Moscow, Russian Foreign Ministry spokeswoman Maria Zakharova denounced Turchynov’s statement as “irresponsible,” adding that it would only exacerbate tensions and derail European efforts to de-escalate the situation.