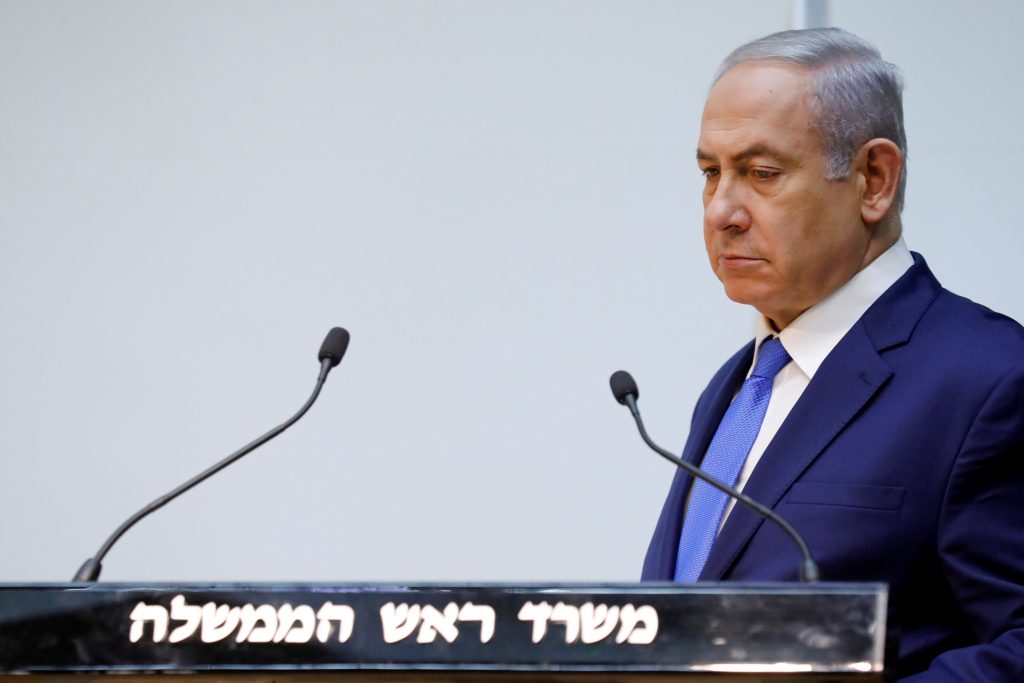 Prior to the start of a U.N. Security Council meeting Wednesday on the Hezbollah tunnels, Israeli Prime Minister Binyamin Netanyahu answered several questions from reporters.

In response to the question of whether the Lebanese army knew in real time that the tunnels were being dug, the prime minister said:

“To the best of our knowledge the answer is no. I think very few people knew about it period. But they know about it now. And they should be there. They should be going to the entry piers of these tunnels. They should be uncovering them and neutralizing them. They’re not doing that and it’s their obligation to do.”

Regarding the response of the Lebanese army and the international community, Netanyahu was sharply critical:

“I think it’s been a long time coming, but UNIFIL has finally filed a report that documents Hezbollah aggression against us. UNIFIL was tasked with preventing smuggling of weapons into southern Lebanon and to prevent aggressive actions across that border after the Second Lebanon War. When the Second Lebanon War ended, there were about 15,000 rockets and missiles in Lebanon aimed against Israel, mostly in southern Lebanon. Today, there are about 150,000. Ten times that. There has not been a single report of a single rocket or a single missile filed by UNIFIL.

“So the fact that we have finally a report from UNIFIL confirming these terror tunnels that are being dug into Israel, violating Security Council 1701, violating Israel’s sovereignty and violating the basic norms between nations I think is important. But it’s obviously long overdue. And what has to be done now is to have UNIFIL do something serious. We await to see that.

“But in fact, the Lebanese army has done nothing of the kind. Very often cooperates with Hezbollah. It certainly doesn’t challenge Hezbollah, and it often directs its weapons against us. And we saw that just now. They came to the border. What did they do? We’re digging on our side of the border, cleaning up these terror tunnels, and the Lebanese army is pointing their weapons against us. Maybe they should direct it against Hezbollah, which puts their people in jeopardy and targets our people hiding behind their people, the Lebanese civilians.

In the meantime, Israel’s Ambassador to the United Nations Danny Danon told the Security Council on Wednesday that the Lebanese army had passed intelligence about IDF operations obtained by UNIFIL to the Hezbollah terror group.

Danon said that Hezbollah sealed one of its tunnels after receiving a heads-up from the Lebanese military that Israel had discovered its location. At the same time, UNIFIL was prevented by the Lebanese army from visiting the area, he charged.

“Israel gave UNIFIL precise information about the location of the tunnel. After UNIFIL told the Lebanese army, it was then stopped when it tried to reach the area. Sources within the Lebanese army informed Hezbollah about the information, which enabled the terrorist organization to conceal the tunnel’s operations and thwart Israel’s defensive actions,” said Danon.

“Lebanese army officials are working for Hezbollah, while UNIFIL is not working to fulfill its mandate in the region in the necessary manner,” he said.

“Well, I spoke to President Putin the other day, and I asked that Russia take the right stance, which is to condemn Hezbollah and not be either supportive of them or neutral with this. Because anyone who really supports international norms and who wants to prevent, Russia often says it wants to prevent another war, well the way to prevent another war is to prevent Hezbollah from acting aggressively against Israel from Lebanon or from that matter from Syria. Same thing for Iran. I’ve said that to Mr. Putin many times, many times. And I repeated that message the other day when I spoke with him.”

Netanyahu rejected the suggestion that the extent to which Israel has been publicizing the tunnels is aimed at laying the groundwork for international legitimacy for any future Israeli action in Lebanon.