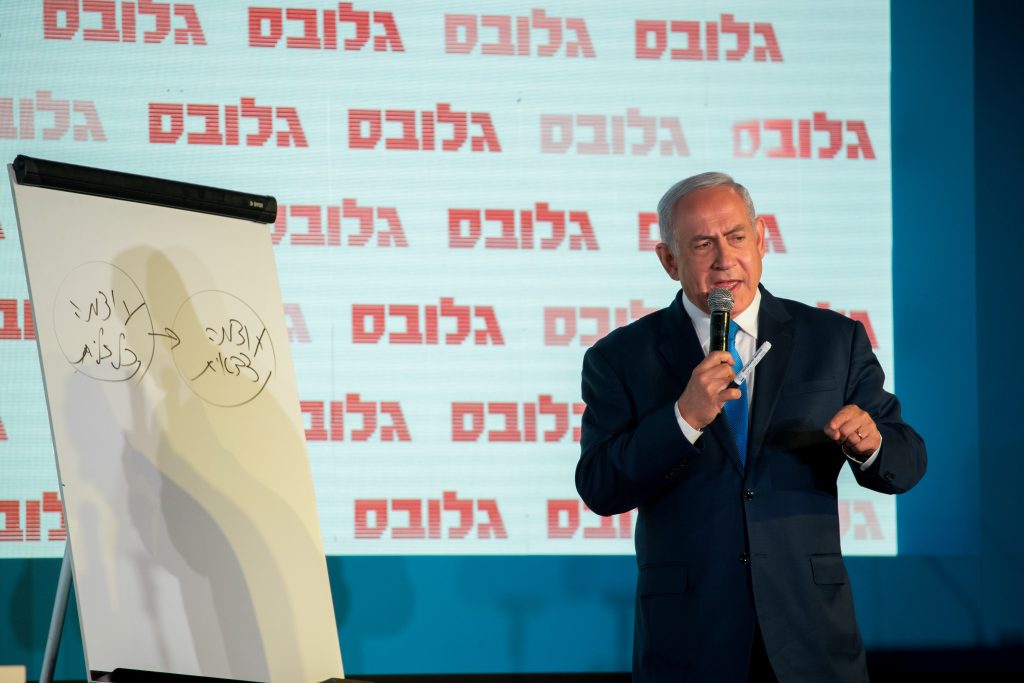 Prime Minister Binyamin Netanyahu said on Wednesday that Hezbollah has “at most, a few dozen” precision-guided missiles, having shut down factories for converting such weapons in Lebanon after Israel exposed them in September.

Netanyahu has accused Hezbollah of developing and stockpiling weapons capable of targeting his country’s key infrastructure.

In a Sept. 7 speech to the United Nations, he named three locations near the Beirut airport where he said the group was turning “inaccurate projectiles” into precision-guided missiles.

At the time, Lebanon’s Foreign Minister Gebran Bassil, a political ally of Hezbollah, dismissed Israel’s accusations and accused Netanyahu of trying to “justify another aggression” against Lebanon.

Netanyahu told the Globes economic conference on Wednesday: “Those sites near the Beirut airport, the underground sites for precision conversion of missiles, which [Israeli] military intelligence gave me to expose, those sites were closed.”

“They are trying to open other sites,” he said, without elaborating on where they might be located. “But through these measures we are denying them precision arms,” Netanyahu added.

Hezbollah had hoped to obtain “thousands of precision-guided missiles [but] they have, at most, a few dozen,” he said.