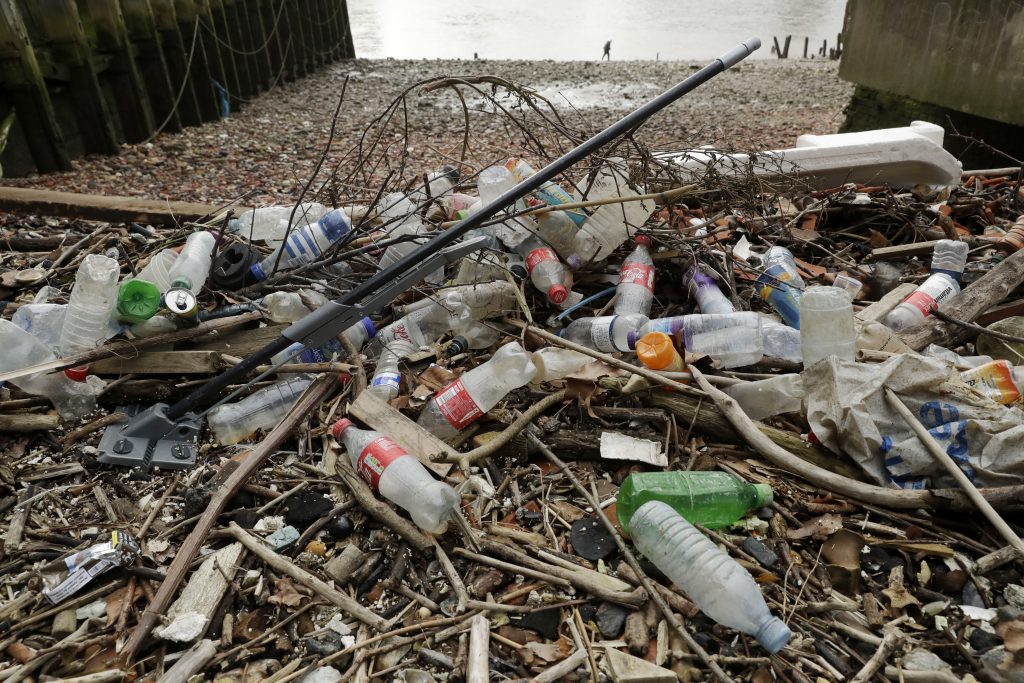 Plastic knives just won’t cut it any longer, if the European Union has its way.

Environmental campaigners have been calling for curbs on throwaway plastic that’s accumulating in the oceans because, unlike organic materials, it doesn’t decompose but simply breaks down into ever smaller pieces.

Scientific studies have found that minuscule particles known as microplastics are being consumed by animals throughout the food chain, though the impact on human health is unclear.

“When we have a situation where one year you can bring your fish home in a plastic bag, and the next year you are bringing that bag home in a fish, we have to work hard and work fast,” said Karmenu Vella, the European commissioner for environment, maritime affairs and fisheries.

The EU’s executive branch, the European Commission, estimates that almost 60 percent of the 28.4 million tons of plastic waste produced in the bloc each year comes from packaging, with much of it exported to third countries rather than recycled.

German environmental group NABU claims that about 350,000 metric tons of plastic waste could be prevented in Germany alone with the ban.

Once the ban is formally approved, countries will have two years to restrict the use of single-use plastic products, which will also include drink stirrers, balloon sticks, and polystyrene food and beverage containers, though plastic cups are exempt for now.

PET bottles sold in the EU will have to contain at least 25 percent recycled plastic from 2025, rising to 30 percent by 2030.

The EU also wants to work with manufacturers to inform consumers of the presence of plastic in wet wipes and cigarette filters.

The move comes a day after the EU executive, member states and the European Parliament agreed to lower emissions limits for new vehicles from 2030. According to the plan, automakers’ fleet-wide emissions of carbon dioxide — the main greenhouse gas — will need to be cut by 37.5 percent compared to 2021.