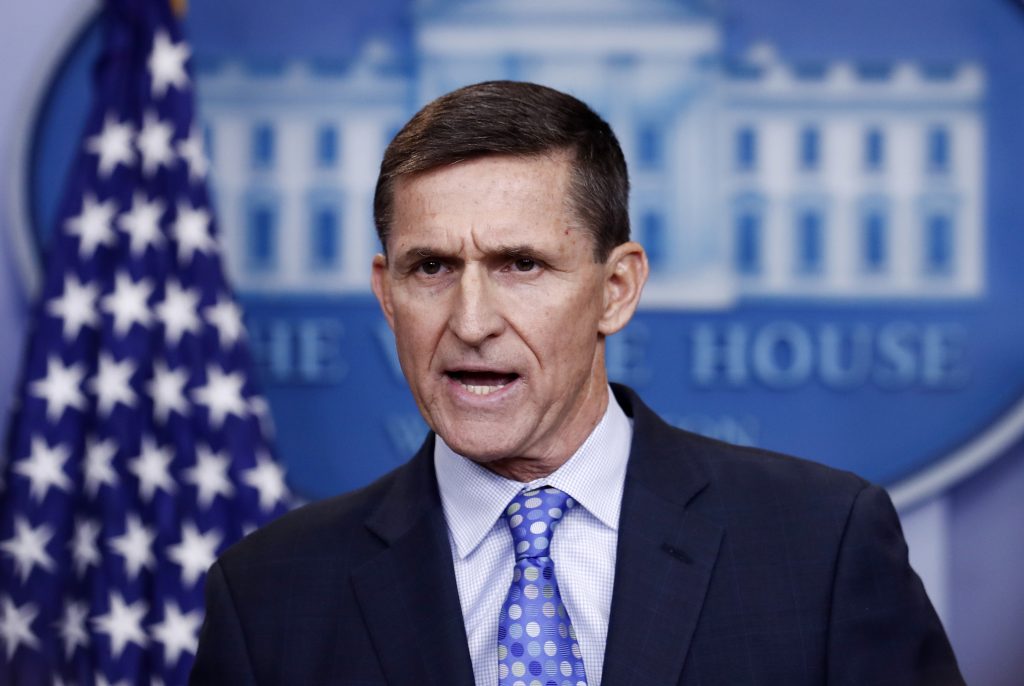 A judge will decide on Tuesday whether former national security adviser Michael Flynn should be sent to prison for lying to the FBI in a case stemming from an investigation into possible collusion between President Donald Trump’s election campaign team and Russia in the run-up to the 2016 vote.

Hours before District Judge Emmet Sullivan was to sentence Flynn in Washington at a hearing at 11 a.m., Trump appeared to offer support for his former aide.

“Good luck today in court to General Michael Flynn. Will be interesting to see what he has to say, despite tremendous pressure being put on him, about Russian Collusion in our great and, obviously, highly successful political campaign. There was no Collusion!” Trump wrote on Twitter.

Special Prosecutor Robert Mueller, who is leading the investigation into Russian interference, has asked Sullivan not to imprison Flynn, a former general, because of his military service and his “substantial” cooperation with the probe.

Flynn pleaded guilty in December 2017 to lying to FBI agents about his conversations with Sergei Kislyak, the Russian ambassador in Washington at the time.

Flynn told investigators in January 2017 that he had not discussed U.S. sanctions against Russia with Kislyak, when in fact he had, according to his plea agreement.

Lying to the FBI carries a statutory maximum sentence of five years in prison. Flynn’s plea agreement states that he is eligible for a sentence of between zero and six months, however, and can ask the court not to impose a fine.

Flynn’s lawyers have asked the court for a probation term of no more than one year, with minimal conditions of supervision, and 200 hours of community service. They said he deserved leniency because he was not warned before the meeting with FBI agents that it was a crime to lie to them.

They also said that then-FBI Deputy Director Andrew McCabe had told Flynn the “quickest way” to conduct the interview was without counsel present.

Critics of the Mueller probe argue that Flynn, who held the White House job for only 24 days, was set up.

Mueller countered in a court filing last week that Flynn had no cause to lie in the interviews and that a “sitting National Security adviser, former head of an intelligence agency, retired lieutenant general, and 33-year veteran of the armed forces knows he should not lie to federal agents.”

Flynn is so far the only member of Trump’s administration to plead guilty to a crime uncovered during Mueller’s wide-ranging probe, which has so far ensnared 32 individuals and three Russian firms. Trump has said he fired Flynn in early 2017 for lying to Vice President Mike Pence over his contacts with Russians, but that Flynn’s actions were lawful.

Trump has denied any collusion with Moscow and has labeled the investigation a “witch hunt.” Russia also denies it meddled in the election, contrary to the conclusion of U.S. intelligence agencies.

Also on Monday, an unsealed grand jury indictment in a separate case in Virginia showed Flynn’s former business partner and a businessman with ties to Turkish government officials had been charged with undisclosed lobbying.