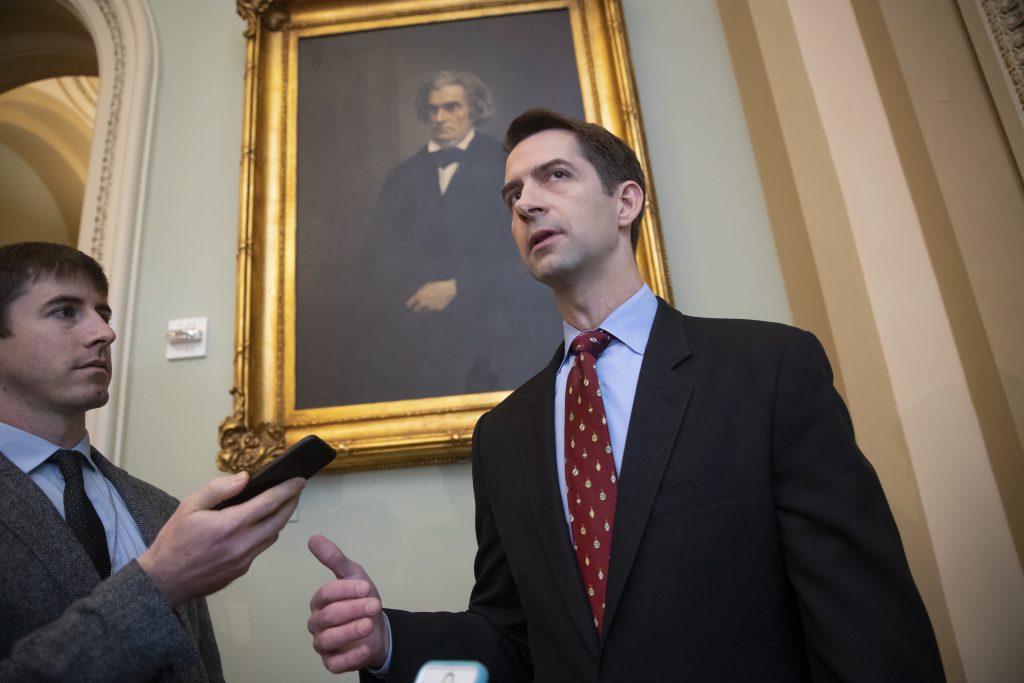 Legislation to reduce times inmates serve in federal prisons is pitting conservatives against each other as President Donald Trump looks to score a major legislative win before the end of the year.

The Senate is expected to advance the bill Monday. Final passage would come later in the week, but not until the chamber has debated and voted on a series of amendments.

Republican Sen. Tom Cotton of Arkansas and others want to exclude more prisoners from earning earlier release to a halfway house or home confinement. They also want to require that crime victims are notified before a prisoner is granted supervised release.

Supporters of the bill warn the amendments could cause the compromise to unravel.

If the legislation passes the Senate, the House is expected to approve it quickly.