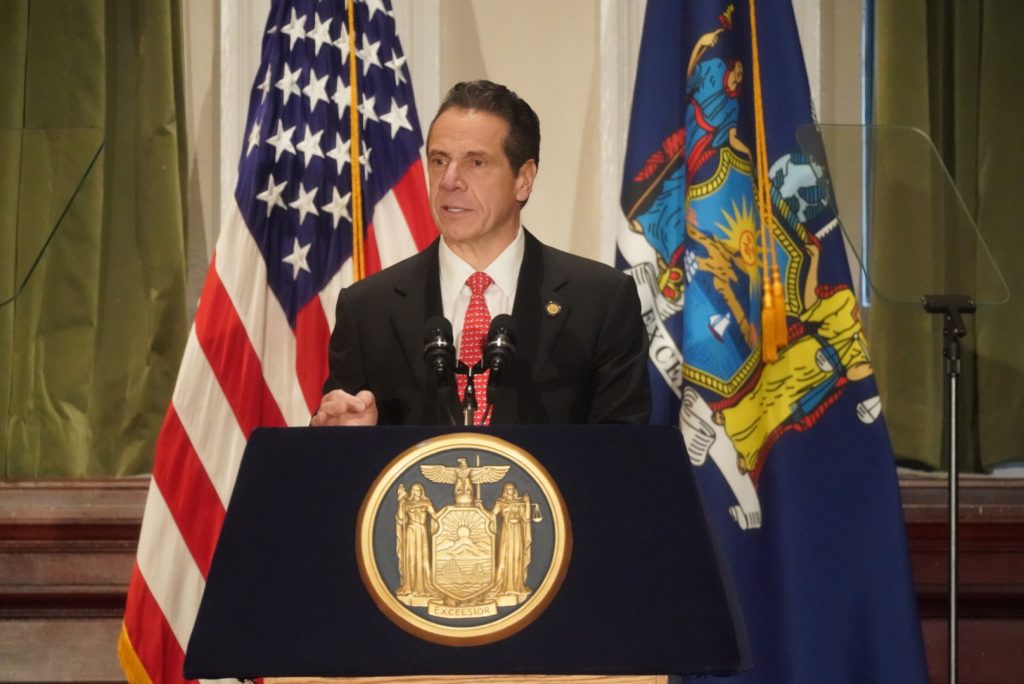 Gov. Andrew Cuomo outlined his agenda for 2019 on Monday, putting the legalization of an illegal substance and fixing New York City’s crumbling subway system among his top priorities for the start of his third term.

In a 45-minute speech with 32 references to Franklin D. Roosevelt, a fellow Democrat and former New York governor, Cuomo touted liberal accomplishments while vowing to continue to fight Trump administration policies he says are detrimental to New Yorkers.

“My friends, let this agenda be New York’s Declaration of Independence,” Cuomo said during a speech delivered at the New York Bar Association in Manhattan. “We declare independence from this federal government’s policies.”

With a Democrat-controlled Senate to be seated along with the already Democrat-led Assembly when the Legislature reconvenes next month, Cuomo is optimistic about moving forward with what he referred to as his “justice agenda.” Other top priorities include strengthening the state’s gun control laws, protecting affordable health care, and boosting the state’s spending on infrastructure to $150 billion.

“Now is the time to make these changes,” Cuomo said. “There are no more excuses.”

The governor also will seek to restructure the Metropolitan Transportation Authority, operator of most of the New York area’s subways, buses and commuter trains. In order to raise money for the cash-strapped agency, Cuomo said he’ll again push for congestion pricing that would place tolls on vehicles entering the busiest parts of Manhattan.

Cuomo, a potential candidate for president in 2020, won election to a third term last month, easily defeating Republican challenger Marc Molinaro. During his speech, the son of former Mario Cuomo — also a three-term New York governor — reinforced his criticism of President Donald Trump’s Republican policies, including the federal government’s cap on state and local tax deductions. The governor has called the cap an “economic missile” aimed at New York and other high-tax states.

With Cuomo’s third inauguration is set for Jan. 1 on Ellis Island in New York Harbor, the governor’s annual State of the State address, typically delivered before a joint session of the Legislature in early January, will be combined with his state budget presentation to lawmakers later next month.