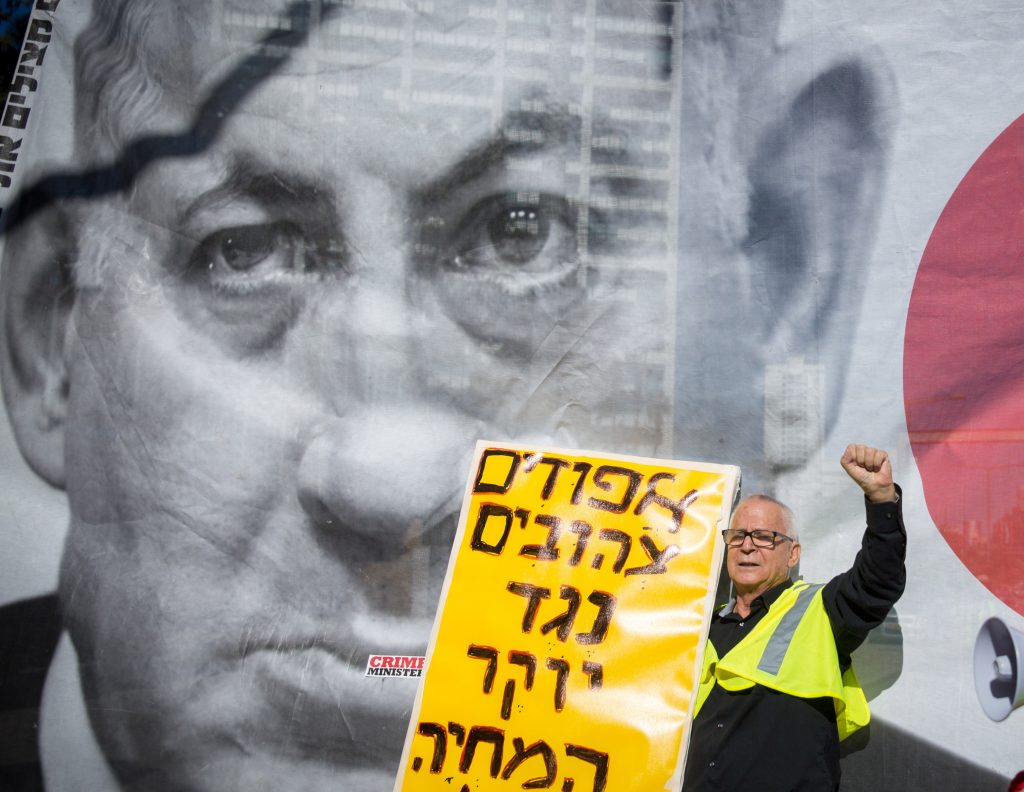 After the success of “test” protests last Friday, organizers of a new movement against high prices are raising the bar – planning a major protest in Tel Aviv for next Motzoei Shabbos, with accompanying smaller protests in other cities. In addition, organizers of the “yellow vest” price protest movement are calling for a boycott of Osem products. On Friday, over 1,000 people participated in a protest in central Tel Aviv, and at times they forced the closure of the Azrieli junction.

The protests come against the background of recently announced price increases on a number of basic products and services. The Israel Electric Company has been given permission by the Public Utility Commission to raise rates between 6.9 percent and 8.1 percent, while the Water Authority said that water prices would rise nationwide by an average of 4.5 percent. Dairy concern Tnuva has announced price rises of between 2 percent and 3 percent, and bakeries and bread companies are seeking price increases on price-controlled bread products of 3.4 percent.

Osem, one of the largest food manufacturers in Israel, announced that prices would go up at the beginning of 2019 by between 2 percent and 4.5 percent on a large number of its products, and the company was the target of particular ire by organizers of the protest. The organizers called on Israelis to stop buying Osem products, claiming that the company was quite profitable, and that it was just taking advantage of the other price rises to rake in more money.

Organizers of the protests have called on Israelis to take to the streets and protest high prices wearing yellow vests, similar to the protesters who took to the streets of Paris in recent weeks to protest gas tax hikes. Many Israelis have such vests; according to the law, all drivers must have a yellow vest in their vehicles to wear if they have to get out of the vehicle if they break down or have another problem while on the highway.

Organizers said that “for hundreds of thousands of Israelis, the price increases that have been announced on food, water and energy are going to be destructive. The price rises are the equivalent of these organizations sticking their hands into the pockets of the elderly and the poor who live on stipends, and from families who earn low incomes. Israelis are the ones getting the bill on the corruption and lack of effort by the government, and they are tired of paying that bill.”