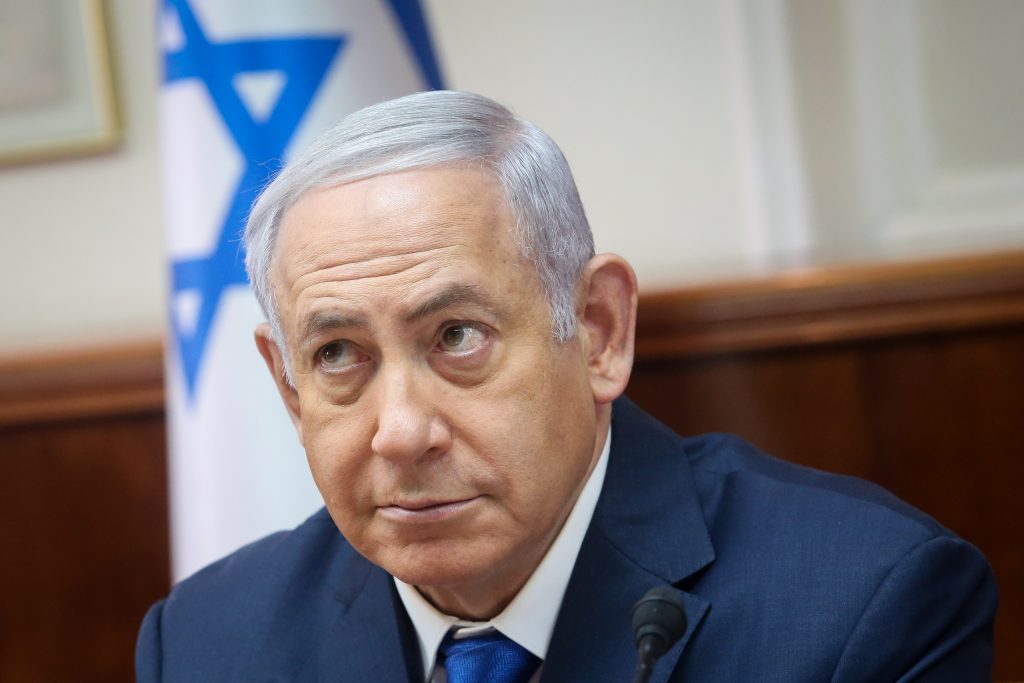 The Knesset formally approved Prime Minister Binyamin Netanyahu’s appointment as defense minister on Monday evening, a procedure seized upon by the opposition as an opportunity for almost three hours of Netanyahu-bashing.

Netanyahu automatically took over the defense portfolio when Avigdor Liberman resigned last month, but that provisional arrangement expires after three months, so the government wanted to make it permanent.

The decision came after Netanyahu refused to appoint Education Minister Naftali Bennett to succeed Liberman, despite a threat by Bennett to remove his Jewish Home party from the coalition if he didn’t get the job. Bennett climbed down, bowing to pressure from his own right-wing supporters not to destroy the coalition.

Senior Likud officials such as Energy Minister Yuval Steinitz and Defense and Foreign Affairs Committee Chairman Avi Dichter were talked about as possible candidates for the office, but in the end the prime minister chose himself.

The motion passed by a vote of 59 to 56 — but not before opposition leader Tzipi Livni and Yesh Atid leader Yair Lapid had their say.

“He finished off our deterrence in Gaza, [Hamas Gaza chief] Yihya Sinwar is giving victory speeches in the streets,” Lapid declaimed. “There’s a wave of terrorist attacks in Yehudah and Shomron the likes of which we haven’t seen in a long time. In the North he held press conferences … but the idea should be to calm things down, not to heat them up, and to make it clear the enemy is Hezbollah and not all of Lebanon. Yesterday half of his cabinet protested against his policies. That’s after a month on the job. Israel can’t allow itself for him to stay.”

“The problem,” opposition leader Tzipi Livni (Zionist Camp) said, “is Netanyahu’s personal and political weakness. Once he was promising in the area of security. He wrote a book on how to fight terror … He told the citizens of Israel, ‘I know how to defeat Hamas.’ But then the promises disappeared and reality came.”

Currently, Netanyahu heads no fewer than four ministries: Defense, Foreign Affairs (which he says he will relinquish soon), Immigration Absorption Ministry (to which he said he’ll appoint someone else this week) and the Health Ministry, which is effectively run by Deputy Health Minister Rabbi Yaakov Litzman.