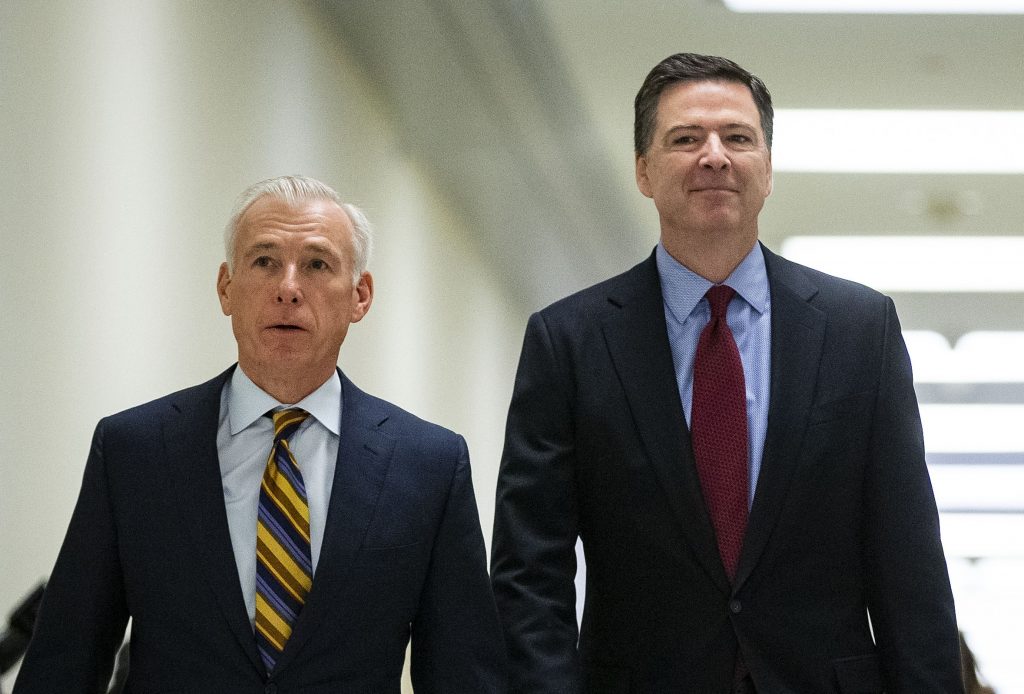 Comey appeared earlier this month for a six-hour closed-door discussion with members of House Judiciary and Oversight and Government Reform committees. During the session, he defended his decisions as FBI director — such as superseding then-Attorney General Loretta Lynch to declare the Clinton probe closed and then informing congressional leaders days before the 2016 election that it had been reopened.

According to a transcript of the proceedings, he declined to answer several questions pertaining to the FBI’s probe of President Donald Trump, arguing that the details he was being asked to provide were too closely tied to special counsel Robert Mueller III’s investigation of the Trump campaign’s suspected ties to Russia.

Comey also declined to say whether Trump, in firing him last year, had attempted to obstruct justice, although an FBI lawyer present at the interview appeared to confirm that the special counsel was looking into such matters.

Republicans emerged from the first meeting frustrated by Comey’s inability or refusal to answer certain questions, and on Monday, intimated that Comey was steering clear of topics in similar fashion.

“He’s been a consistent witness in the way that he answers questions,” Rep. Mark Meadows, R-N.C., said outside the meeting room.

Comey’s closed-door testimony has mirrored much of what he has said in public settings. Following the interview, Comey said at an event in New York that if Trump were not president, he would be “in serious jeopardy of being charged” by New York prosecutors in a case concerning payments.

Trump’s longtime lawyer and fixer Michael Cohen was sentenced Wednesday to three years in prison for those and other matters that U.S. District Judge William H. Pauley III called a “veritable smorgasbord of criminal conduct.”

Comey is one of the last people the joint House panel is expected to question in the probe, which is expected to end — or drastically change in character — once Democrats take over the House majority next year. Democrats have accused the GOP of using the investigation to try to discredit the FBI and Justice Department, as a means of undermining Mueller’s probe.

On Monday, Oversight committee member Rep. Willliam Lacy Clay Jr., D-Mo., said the interview was “the last gasp of the Republican majority in this House, to paint this narrative to protect the Trump administration and the Trump campaign.”

“And they really don’t have a leg to stand on,” Clay added.

The joint panel is also expected to interview Lynch behind closed doors on Wednesday. No other interviews have been announced.