Israel Akko Memorial to Terrorist Has Been Torn Down
Israel 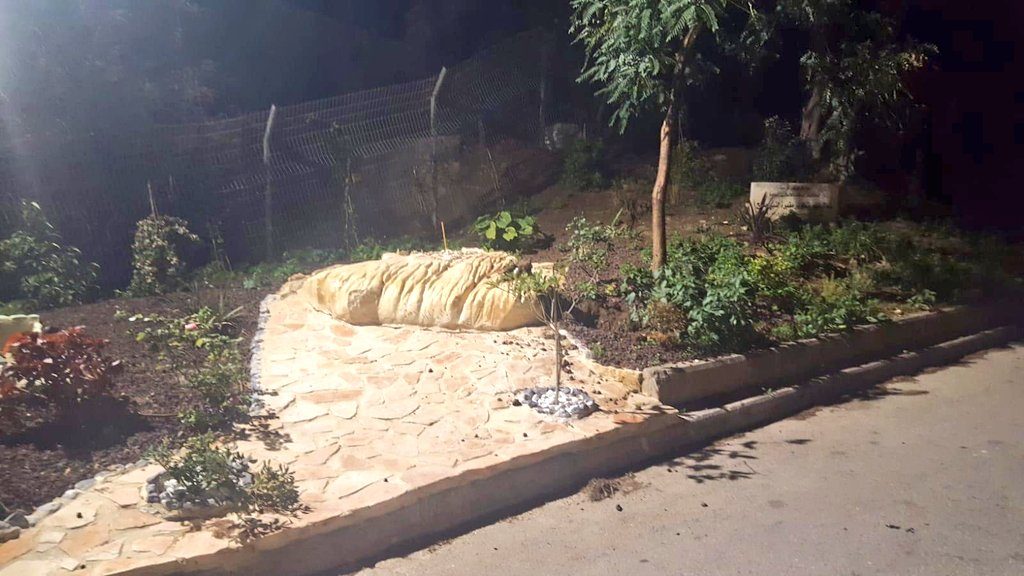 A memorial that had been set up in memory of a Palestinian terrorist in the Muslim cemetery of Akko (Acre) has been dismantled, Interior Minister Rabbi Aryeh Deri said Monday. The terrorist, Ghassan Kanafani, “was a member of the Popular Front for the Liberation of Palestine, the terror group that carried out an attack at the airport in the 1970s. We will not allow memorials in honor of terrorists in Israel,” Rabbi Deri said.

The demolition comes after Makor Rishon revealed the existence of the memorial last week. Kanafani has been celebrated as a Palestinian author and poet, and he was also a spokesperson for the Popular Front terror group when it carried out what became known as the Lod Airport Massacre, together with Japanese Red Army terrorists.

Twenty-six people were killed, and 79 injured when the terrorists opened fire at what would be renamed Ben Gurion Airport the following year. Kanafani was killed in Beirut later that year – many believe by Israeli forces, although Israel has never confirmed this.

The dedication of the memorial took place in November by a group of local Arabs, both Muslim and Christian, known to support Syrian President Bashar al-Assad, the report said. Also participating was former Hadash MK Muhammad Nafa, who told the newspaper that he participated in the event “because it was close to my house. Kanafani was from Akko himself. He was a great author who struggled for his people, so a group of Israelis who express solidarity with Syria decided to set up a memorial for him.”

The ceremony was broadcast on Syrian state television, Makor Rishon said, as Kanafani moved to Syria with his family after the 1948 War of Liberation.

Israel, Nafa told the newspaper, had “no reason to murder Kanafani. What is the problem with his being a member of the Popular Front? I of course am against terrorism, including the terrorist attack at the airport, but what has that to do with murdering someone for his beliefs? He is a Palestinian who was exiled from his land. I am in favor of the Palestinian struggle, that is nonviolent.”