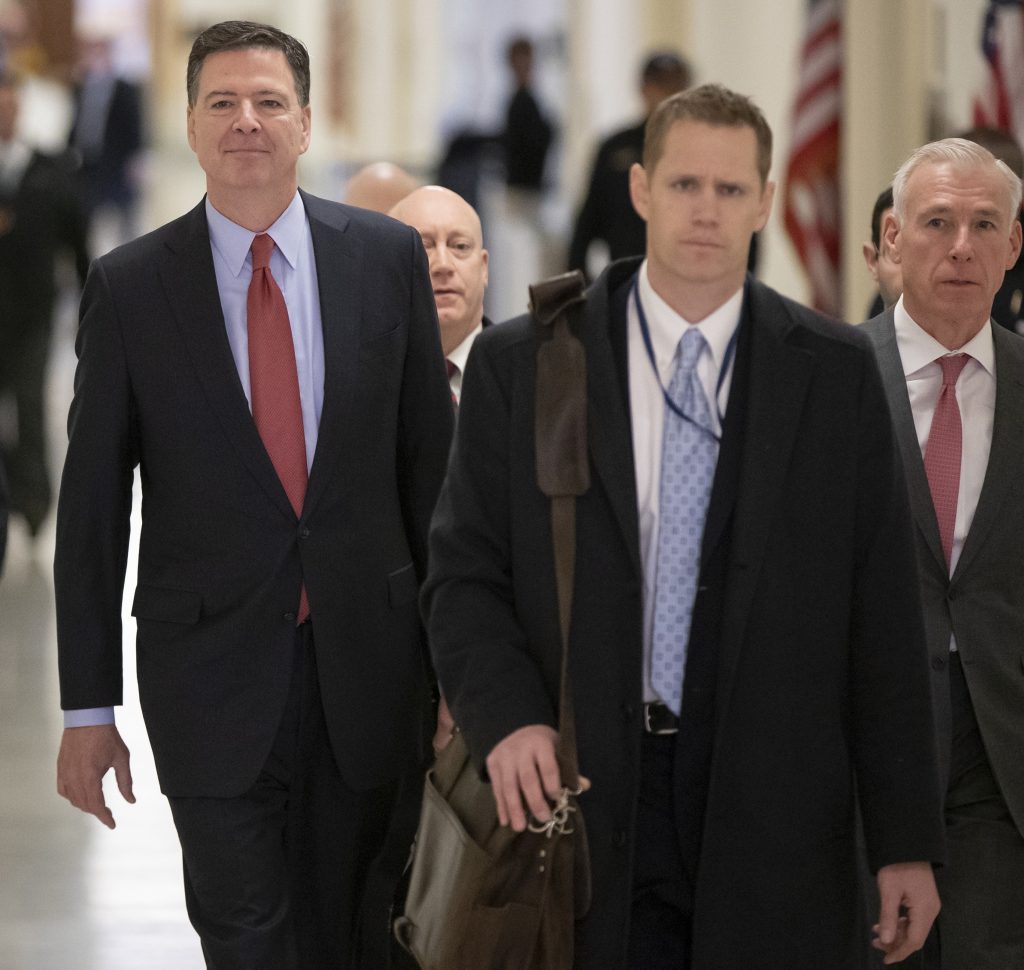 Former FBI Director James Comey had harsh words for House Republicans on Monday, saying their silence in response to President Donald Trump’s attacks on the Justice Department is “shameful.”

Comey said Republicans “have to have the courage to stand up and speak the truth, not be cowed by mean tweets or fear of their base.”

He was on Capitol Hill for a second closed-door interview with two Republican-led committees investigating what they say was bias at the Justice Department before the 2016 presidential election. Republicans argue department officials conspired against President Trump as they started an investigation into his ties to Russia and cleared Democrat Hillary Clinton in a separate probe of her email use. Democrats have called the GOP investigation “nonsense.”

Comey, who led both investigations, mocked the congressional probe, saying the questions were about “Hillary Clinton’s emails and the Steele dossier” — two favorite subjects of Republicans who insist there was bias in the department. The dossier was Democratic-funded opposition research on President Trump’s alleged ties to Russia compiled by former British spy Christopher Steele.

“This while the president of the United States is lying about the FBI, attacking the FBI and attacking the rule of law in this country. How does that make any sense at all?” Comey asked.

President Trump has repeatedly gone after the FBI for bias as his campaign has been under investigation. He has called special counsel Robert Mueller’s Russia investigation a “hoax.” On Sunday, he called his former personal lawyer, Michael Cohen, a “rat” because he has cooperated with prosecutors.

The House Judiciary and Oversight and Government Reform committees are wrapping up a yearlong investigation into the department’s decisions before Democrats take the majority in January. Comey first testified Dec. 7.