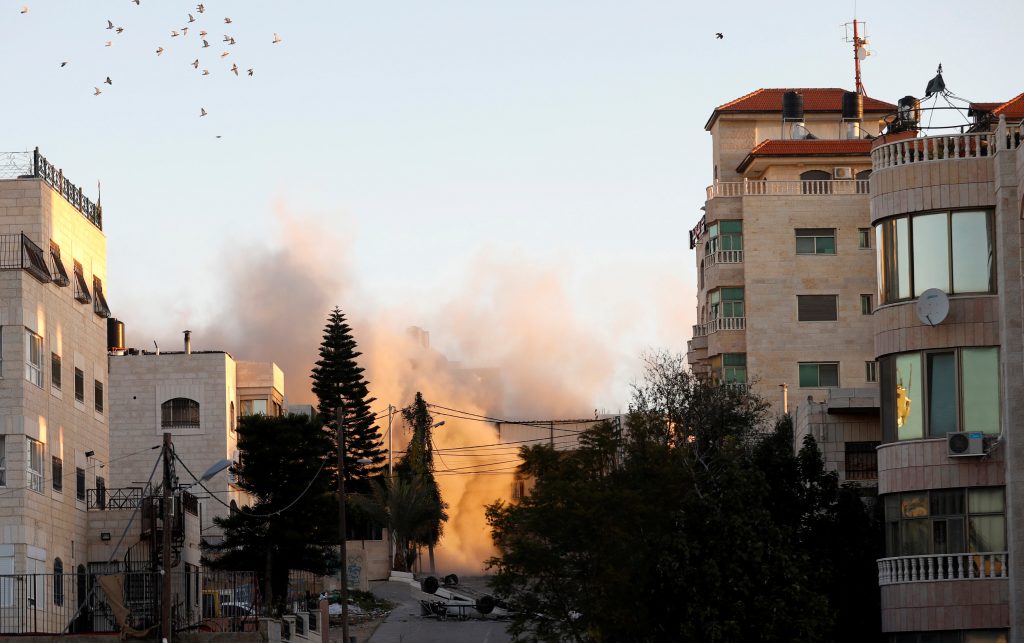 Over the weekend, IDF forces demolished the home of the family of Islam Abu-Hamid, the murderer of IDF soldier Ronen Lobarsky, Hy”d – but on Sunday, Palestinian Authority chief Mahmoud Abbas ordered the house to be rebuilt, Kan News reported. The report was based on comments by Hussein a-Sheikh, a senior member of his administration.

The army demolished the four-story house during an operation in which soldiers fought off dozens of terrorists in the El-Amri refugee camp near Ramallah, where the family lived. No Israeli soldiers were injured in the riots. One reason the house was completely demolished – instead of partially demolished, as has been the practice in recent years – was because the house was built on the ruins of another house that had previously been demolished by the IDF. That house was razed in 1990, as punishment for the terror activity of one of the brothers of Lobarsky’s killer. The IDF forbade the family from rebuilding the house, but that order was ignored.

Lobarsky, 20, was killed last May after he was severely injured  in an IDF action in Ramallah. He was hit in the head by a block of marble by Arab terrorists as soldiers were attempting to make arrests of terrorists in the refugee camp outside Ramallah. Islam Abu-Hamid admitted under interrogation that it was he who threw a block of marble on the head of Lubarsky as he and other soldiers of the Duvdevan unit were carrying out arrests in the camp. It also emerged that his brothers and several older members of his family are members of Hamas, and that he has aided them in various acts of terror, including the 1994 murder of Shin Bet agent Noam Cohen, Hy”d.

The IDF released for publication that on Friday night it had arrested two Arabs who were traveling in a vehicle near Me’aras Hamachpelah. The vehicle the Arabs were riding in had numerous weapons, including an automatic weapon, shotguns and rifles. The vehicle was stopped just 300 meters from the holy site. Meanwhile, on Motzoei Shabbos Israeli forces arrested Mohammed Barghouti, the brother of Salah Barghouti, one of the terrorists involved in the Givat Assaf terror attack last week. He was shot and killed overnight Wednesday by Israeli forces.