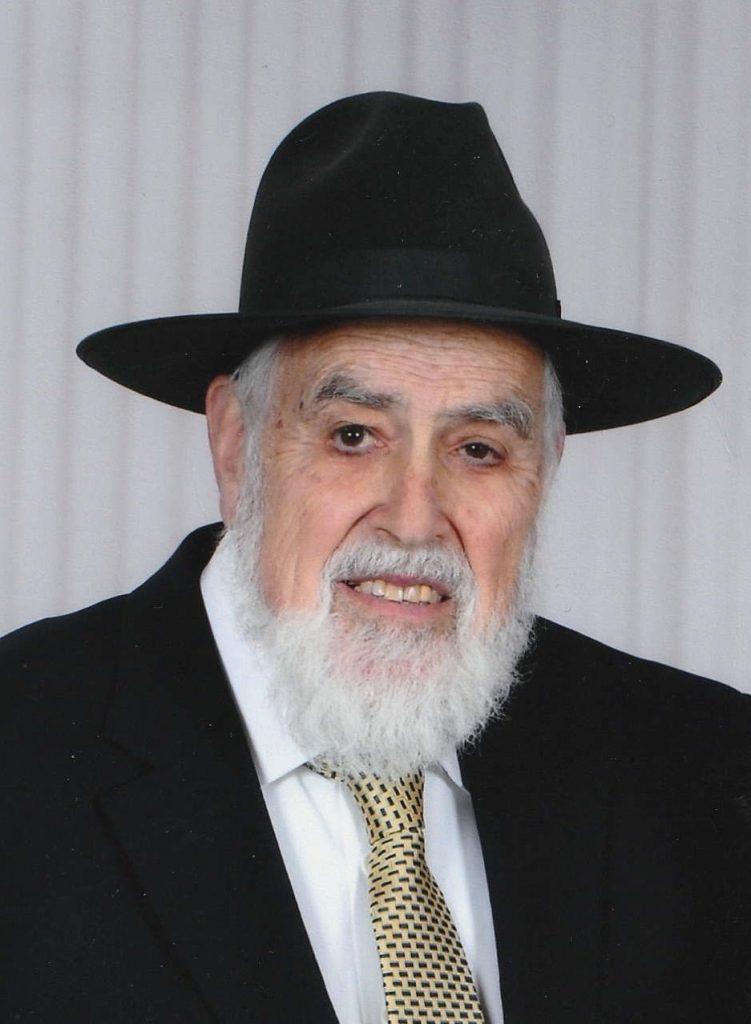 Talmidim of Yeshivas Chofetz Chaim-Talmudical Academy of Baltimore bid farewell to Rabbi Yoel Feldman, z”l, who served as Menahel of the mesivta division for many years. Rabbi Feldman was niftar last Tuesday in Monsey, where he moved over two years ago after being injured in a serious accident which left him incapacitated.

Rabbi Feldman was born in 1935 in Manchester, New Hampshire to Rabbi Yosef and Shayna, where his father served as Rav. Yoel was the third of the Feldman boys, born after Rabbi Emanuel, who served for four decades as the Rav of Congregation Beth Jacob of Atlanta, Georgia, and Harav Aharon, shlit”a, Rosh Yeshivah of Yeshivas Ner Yisrael in Baltimore. When Yoel was two years old, his father decided that the chinuch in Manchester was insufficient for his sons, and the family moved to Baltimore, where Rav Yosef assumed the position as rav in Baltimore’s Franklin Street Synagogue.

Yoel began his education in Talmudical Academy (TA), and through his diligence became one of the prominent graduates of the yeshiva. After graduation, he went on to learn in Ponovezh Yeshivah in Bnei Brak, and then returned to Baltimore where he joined Yeshivas Ner Yisroel.

In 1959, he married Rebbetzin Shoshana nee Poupko, the daughter of Rabbi Avrohom Aryeh Poupko who was a respected Rav in Philadelphia. After their marriage, they lived in New York, where Rabbi Feldman served as principal in Shulamith Girls School and Westchester Day School.

Rabbi Feldman returned to Baltimore, where he assumed the position of principal of Talmudical Academy, where he served with distinction for many years. He was respected by the students, and he was known to use any method at hand to encourage them to grow in their limud haTorah.

A talmid of TA tells of a time when he was sent out of shiur due to a perceived infraction. He was upset at what transpired and told Rabbi Feldman in no uncertain terms that he would no longer return to that shiur. To his surprise, Rabbi Feldman replied, “Well, I can’t send you to the lower shiur; you’d be bored. So, I guess I’ll send you to the shiur of Harav Yosef Rottenberg,” who gave the highest shiur at the time.

This unusual approach, which showed his understanding of the nature of the talmid, was the watershed moment in the talmid’s development, and “marked a turning point in my life. Although the shiur was somewhat over my head, I made some effort (for a change), and actually did some learning.”

When his career in chinuch ended, Rabbi Feldman entered the business world, where he was engaged in the real estate field. Yet despite his reluctance to be in the limelight, he remained very much involved in helping others, particularly the downtrodden who needed assistance with their challenges and problems. He would listen to their troubles, giving them as much time as they needed to unload their hearts to his listening ears. Many agunos sought his assistance, and he dispensed his advice and reassurance as he helped them with their plight.