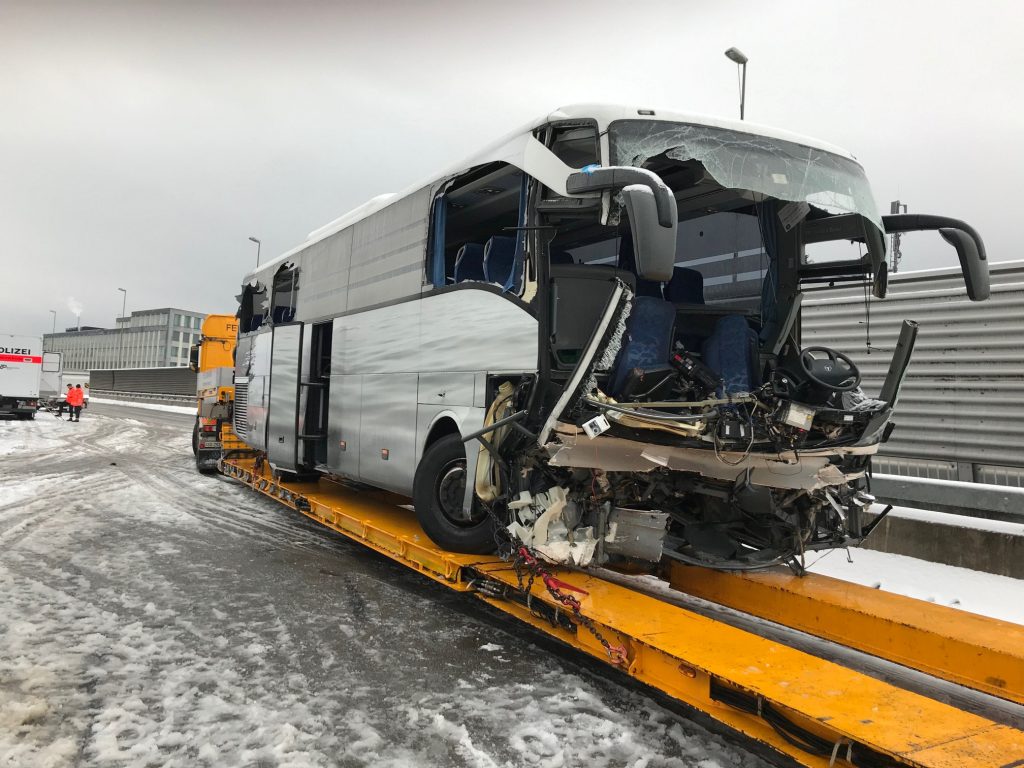 Zurich police said that a tour bus on its way to Germany has crashed in Switzerland, killing one person and injuring 44 others.

The dpa news agency reported Sunday that the Geneva-to-Duesseldorf bus crashed at 4:15 a.m. south of Zurich, a city in northern Switzerland that is the country’s financial hub.

Zurich canton (state) police say the bus went into a skid on the snowy road and crashed into a wall.

They said one woman, whose identity was not immediately released, was killed and three people, including the driver, have serious injuries.