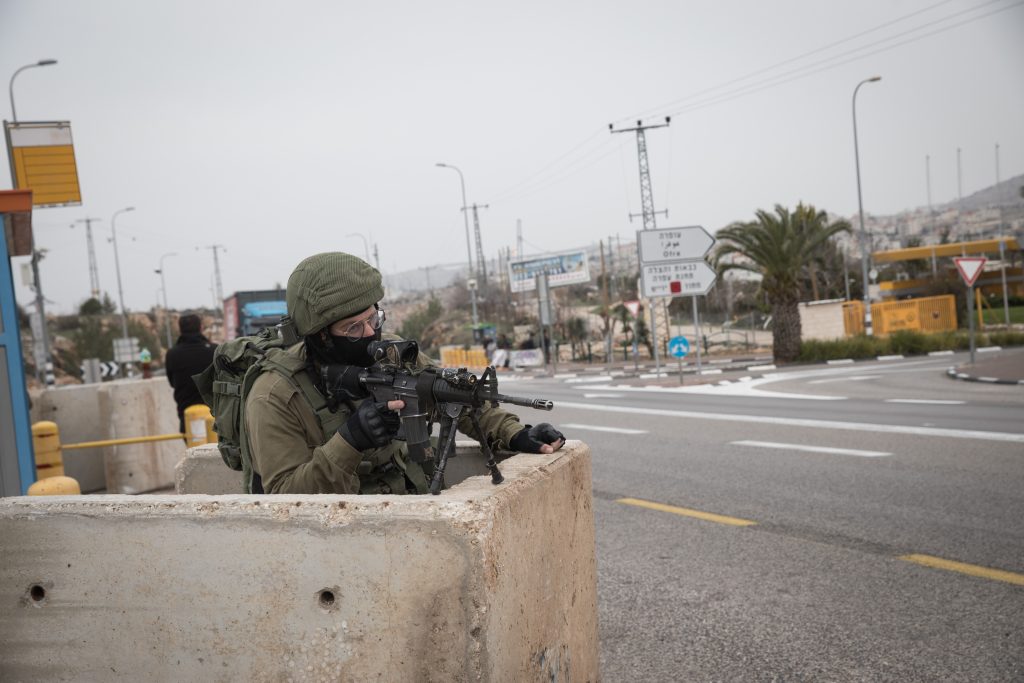 The IDF forces searching for the terrorists who carried out the shooting at Givat Asaf last week have found the murder weapon, although the perpetrators continue to be on the loose.

The IDF cleared for release on Sunday that the Kalashnikov AK-47 automatic weapon used in the Givat Asaf terror attack was found as well as one of the soldier’s weapons stolen by the terrorist at the scene of the attack.

“Security forces will continue their operations to capture the terrorists involved in the recent attacks,” said a statement from the IDF’s Spokesperson’s Unit.

An investigation into the two attacks within a week, at Ofra and Givat Assaf, has determined that both were the work of a single Hamas terror cell. While it is believed that Salah Barghouti was the shooter and his relative Wa’ad Barghouti drove the getaway car in the Ofra attack, another cell member is believed to have carried out the Givat Assaf attack, The Jerusalem Post reported.

The IDF has arrested dozens of Palestinians in the effort to locate and eliminate the Hamas cell.

Army deployments were reinforced in Yehudah and Shomron on Thursday with soldiers from the Golani Brigade and the Nahal Brigade.