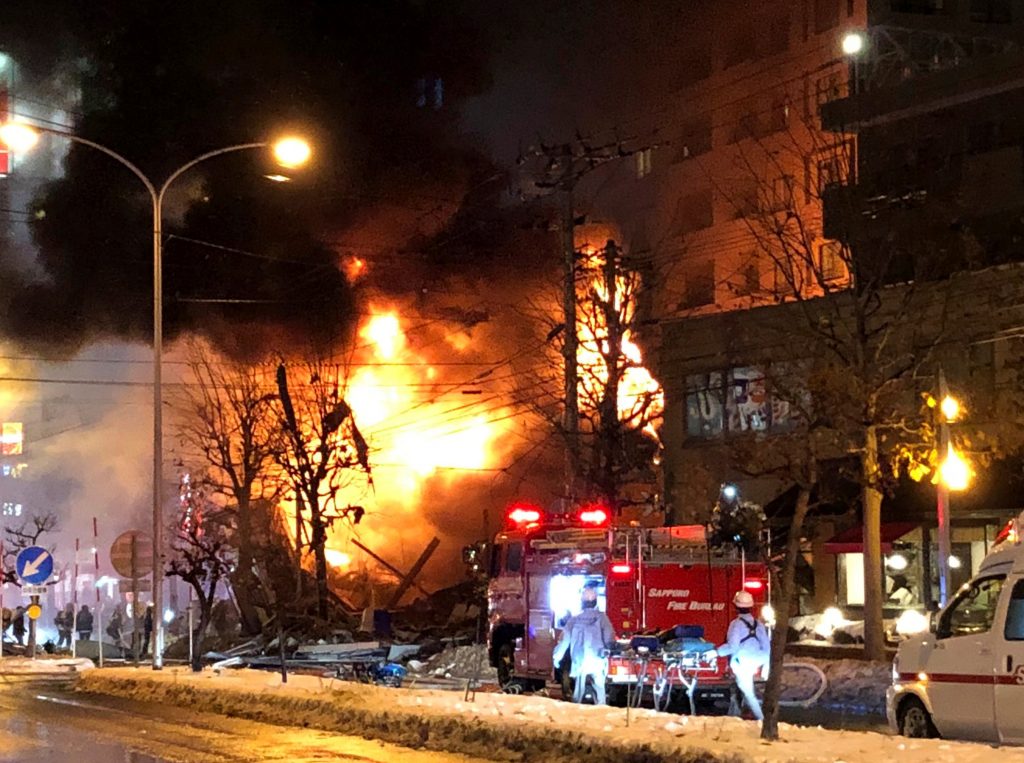 More than 40 people were injured in an explosion on Sunday at an eatery in Sapporo in northern Japan, Kyodo news agency reported.

There was no immediate word on the cause of the blast, which the agency said had caused a number of buildings to collapse. Kyodo said one person was in critical condition.

Police and firefighters worked to get the site in the city’s Toyohira ward under control, fighting flames and smoke, and warned people in the neighborhood of the possibility of another explosion, the agency reported.