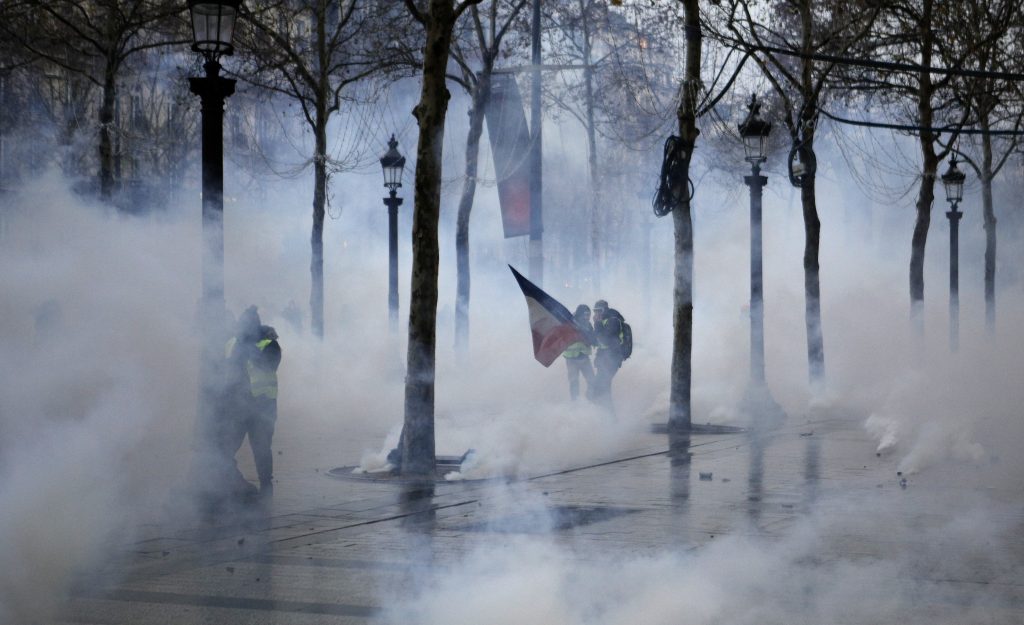 Paris police said that 115 people were taken into custody in a day of mainly calm protests in the French capital that left seven people slightly injured.

In its fifth week on Saturday, the yellow vest movement saw far fewer protesters in Paris and around France.

The safety vests have become the symbol of a nationwide movement that began in November against what protesters say is economic injustice reserved for rank-and-file French.

Police put the number in Paris at about 3,000, compared to 10,000 a week ago, when protests degenerated into violence and looting for the second week in a row.

The French press quoted authorities as saying that 33,500 protesters turned out nationwide Saturday, less than half the number of the previous week.