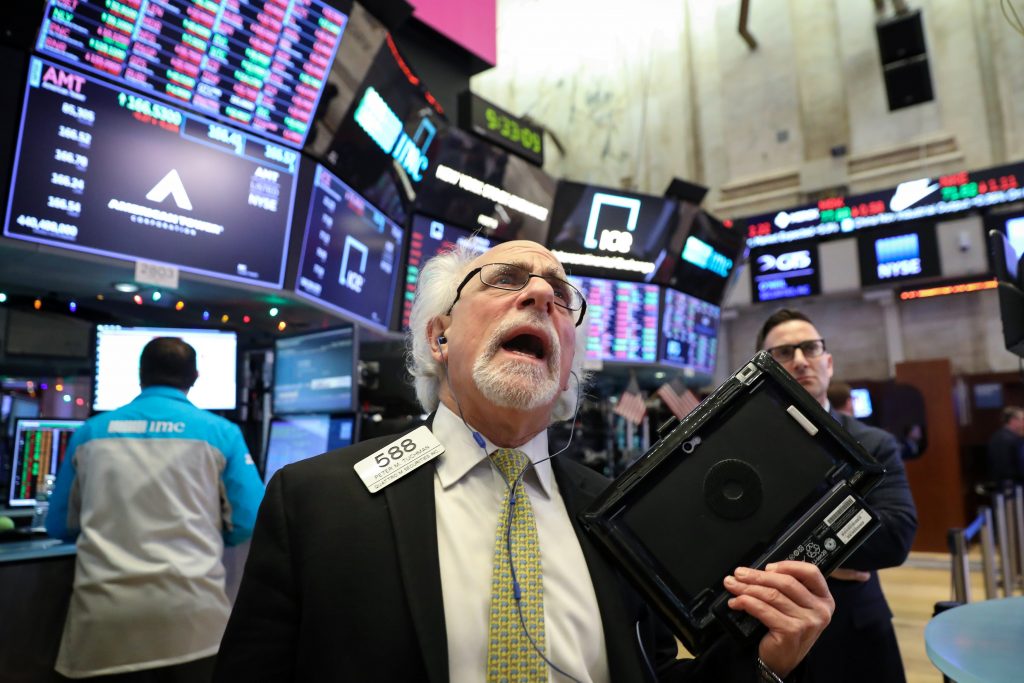 Stocks are sagging Friday after weak economic data from China has investors worrying about the global economy again. China’s government said industrial output and retail sales both slowed in November.

In the U.S., health-care-products giant Johnson & Johnson plunged after Reuters reported that the company has known since the 1970s that its talc baby powder sometimes contained carcinogenic asbestos.

The Nasdaq composite slid 62 points, or 0.9 percent, to 7,007. The Russell 2000 index of smaller-company stocks, which has taken bigger losses than the rest of the market in recent months, was little changed at 1,432.

December is typically the best month of the year for stocks and Wall Street usually looks forward to a rally that adds to the year’s gains. This month, however, the S&P 500 is down 5 percent. That followed a small gain in November and a steep 6.9-percent drop in October.

Reuters reported that court documents and test results show Johnson & Johnson has known for decades that its raw talc and finished baby powder sometimes contained asbestos, but that the company didn’t inform regulators or the public.

In July the company lost a lawsuit from plaintiffs who argued that its products were linked to cases of cancer in women and mesothelioma. A St. Louis jury awarded plaintiffs $4.7 billion. It faces thousands of other lawsuits.

SLOWING GROWTH: China’s industrial output and retail sales kept growing in November, but the pace of growth slowed down. That could be another sign that China’s trade dispute with the U.S. and tighter lending conditions are chilling its economy. For more than 20 years, China has been one of the biggest contributors to growth in the global economy, and when investors see signs the Chinese economy is weakening, they expect it will affect other countries like the U.S. that sell things to China.

China also announced a 90-day suspension of tariff increases on U.S. cars, trucks and auto imports. It’s part of a ceasefire that the Chinese and U.S. governments announced earlier this month to give them time to work on other aspects of the trade dispute.

Among technology companies, Apple dipped 2.3 percent to $167.03 and Cisco Systems fell 2.4 percent to $46.34. Adobe skidded 4.9 percent to $236 after its fourth-quarter profit disappointed investors and it also forecast lower-than-expected earnings in the current fiscal year.

BREXIT TROUBLES: The British pound fell again after European Union leaders rejected British Prime Minister Theresa May’s request to make changes to their deal covering Britain’s departure from the EU on March 29. British legislators aren’t satisfied with the terms May negotiated, and she canceled a scheduled vote earlier this week because it was clear Parliament wouldn’t approve it. Britain’s economy and financial markets face severe disruption without an agreement.