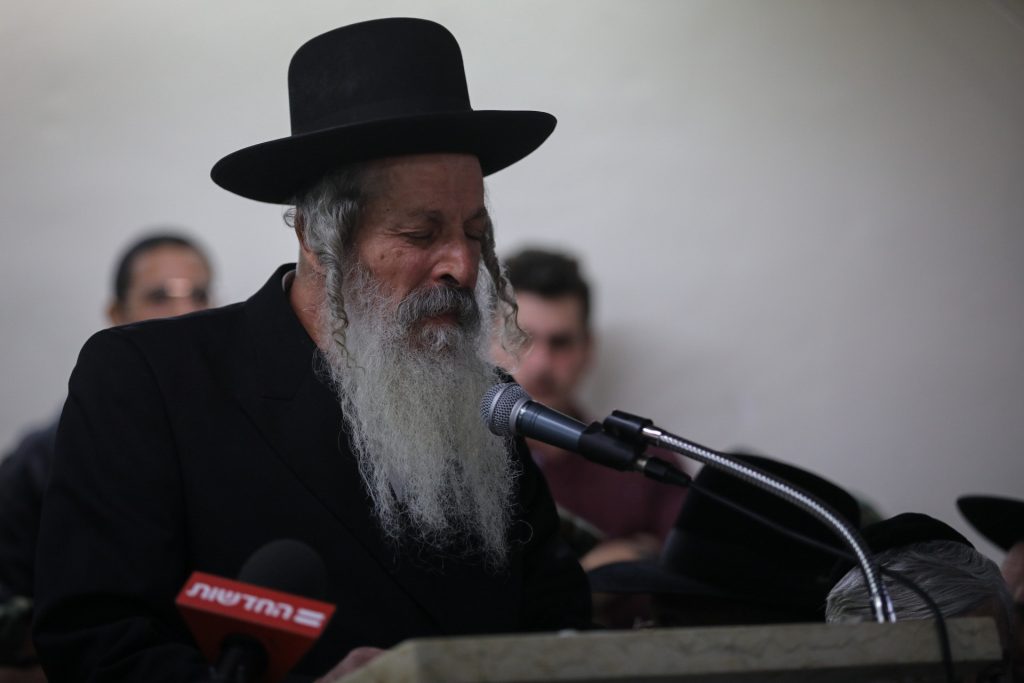 Hundreds of family, friends, and comrades of Yosef Cohen, Hy”d, one of two IDF soldiers murdered in a Hamas terror attack near Givat Assaf Thursday, gathered in Yerushalayim to attend his heart-rending levayah.

The levayah began at the Shamgar funeral home, with kevurah on Har Hazeisim.

“You were just 19½, not even 20. Yosef, our sweet boy – I never believed this moment would come. But we all believe that Hashem natan, Hashem lakach, Hashem gives, and Hashem takes away.”

“We are very strong, Am Yisrael are very strong, we have undergone Holocausts, pogroms and troubles, our history is full of blood, and where are we today? Beyond all disputes, we are ultimately one people and ahavas Yisrael will prevail.

“You were a pure heart, full of love and generosity. And now look down at us from Above, and remember us.”

Cohen, whose father passed away when he was a child, was raised by his mother and stepfather, Rabbi Eliyahu Meirav.

“We lost the most beloved thing of all, what can I say? We are broken. But we are also very strong. We are believing Jews,” said Meirav.

“Around our Shabbos table, we have a custom of each of us saying what we are thankful for. Just last Shabbos, Yossi said ‘I thank Hashem for the merit He has given me to defend Am Yisrael with my body,’ ” he continued.

“Those prophetic words were the last words he said in our house,” he said tearfully. “Little did we know that these words would eventuate this week.”

His father Mordechai, spoke at the levayah. “Yuval, you came to this world to help others, do not stop helping others in the world that you are in now.

“I will not cry because I know that I should be happy that you are there, in a better place, next to Hakadosh Baruch Hu.”