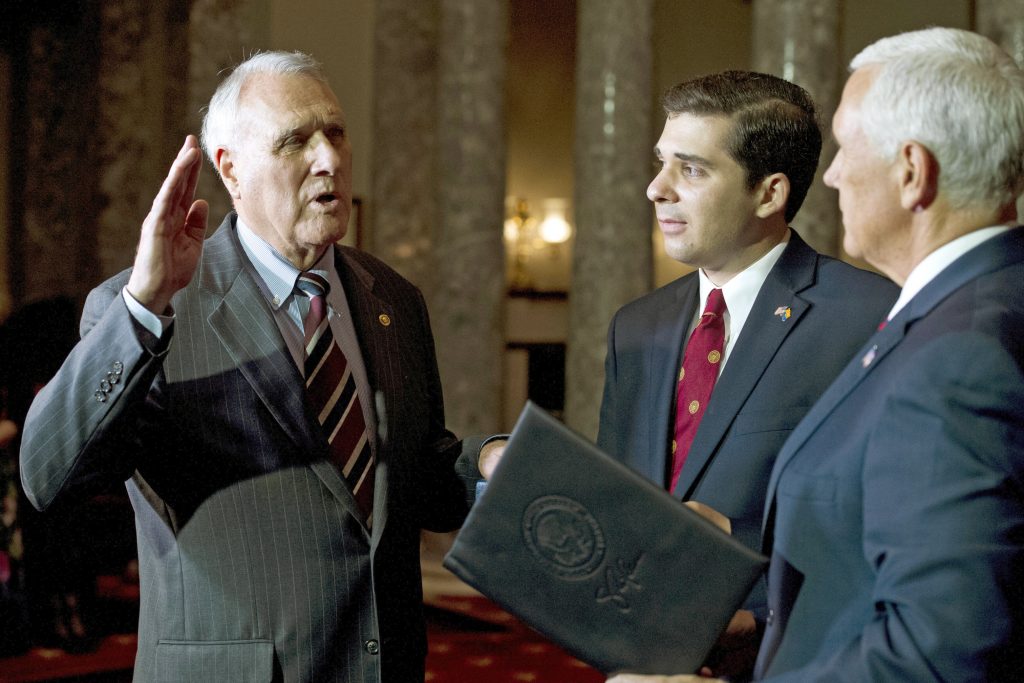 Sen. Jon Kyl is resigning from the seat he was appointed to less than four months ago following the death of John McCain, Arizona Gov. Doug Ducey announced Friday. Kyl’s decision means the Republican governor will need to appoint another replacement lawmaker.

The decision by Kyl, 76, was not unexpected. He had retired from the Senate in 2012 and said when he took the appointment in September that he only committed to serving until the end of the year. His resignation is effective Dec. 31.

Ducey sidestepped selecting a longer-term replacement after McCain died on Aug. 25, saying he picked Kyl because he was “the best possible person, regardless of politics” for the job. But Kyl made it clear he only agreed to the appointment out of a sense of duty and had no plans to stay in the job for long.

The choice of the well-respected former senator to fill McCain’s seat allowed the Republican governor to avoid controversy in the midst of his re-election bid, but also nearly assured that another vacancy would come soon. Now all attention is on Ducey’s pick, who will serve until a special election in 2020 allows voters to select the person who fills the final two years of McCain’s six-year term.

Ducey said he will pick a replacement “in the near future.”

Speculation has centered on Ducey’s former chief of staff, Kirk Adams, a former state lawmaker who recently resigned from the governor’s office; Rep. Martha McSally, who narrowly lost the race for the state’s other U.S. Senate seat in November; and Arizona State Treasurer Eileen Klein.

Excited about McSally’s defeat and the election of Kyrsten Sinema as Arizona’s first Democratic senator since the 1990s, several Democrats are already thought to be testing the waters to run in 2020 for the seat. The list includes U.S. Rep. Ruben Gallego, former astronaut Mark Kelly and former Arizona Attorney General Grant Woods, who left the GOP and became a Democrat this year.

Kyl’s brief resignation letter said he decided to resign at the end of 2018 so that Ducey’s new appointee “can begin the new term with all other senators in January 2019 and can serve a full two (potentially four) years.”

Kyl noted that when he accepted Ducey’s appointment he agreed to serve through December and then re-evaluate whether to serve longer.

“Senator Kyl didn’t need to return to the Senate,” Ducey said in a statement. “His legacy as one of Arizona’s most influential and important political figures was already without question. But he did return, and I remain deeply grateful for his willingness to step up and serve again when Arizona needed him. I wish him and his family all the best.”

McCain died at age 81 at his ranch near Sedona, Arizona, just over a year after he announced that he had glioblastoma, an aggressive brain cancer that came with a dire diagnosis.