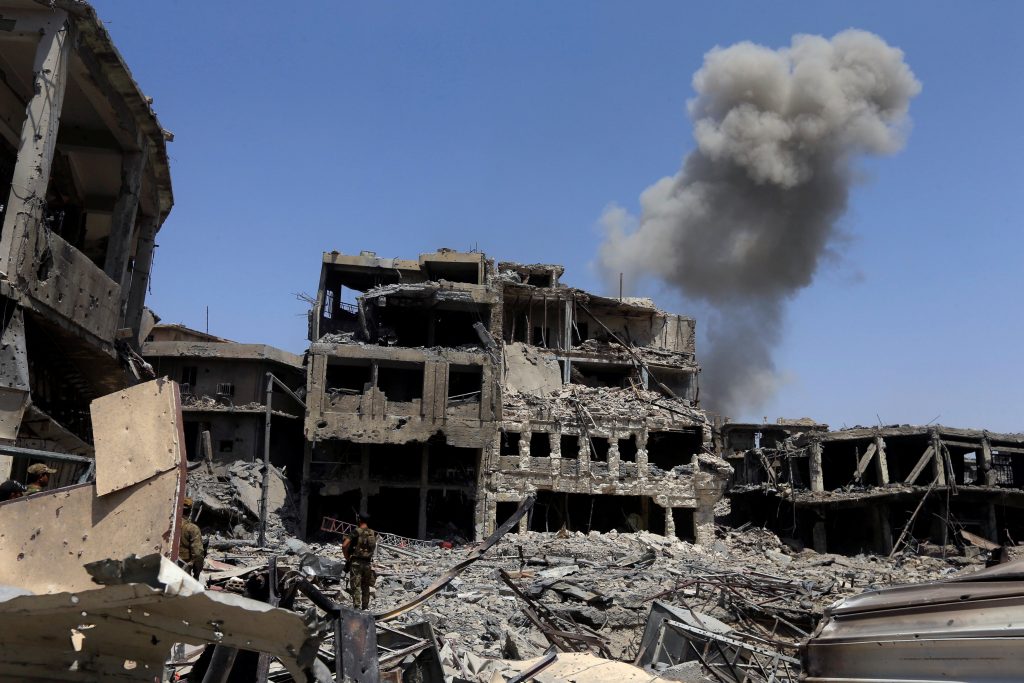 U.S.-backed Syrian forces have pushed deep into the last major urban stronghold held by the Islamic State terrorist group on the eastern banks of the Euphrates, a spokesman for the fighters and a former resident said on Thursday.

The Syrian Democratic Forces (SDF), a Kurdish-led militia alliance that holds roughly one quarter of Syria east of the Euphrates, had advanced into the center of Hajin, an SDF spokesman said. “The battles continue,” Mustafa Bali said.

Backed by U.S.-led airstrikes, the SDF has been attempting for several months to take Islamic State’s last pocket of territory near the Iraqi border.

Colonel Sean Ryan, spokesman for the U.S.-led coalition against Islamic State, said, “The SDF has progressed into [Hajin], and the advancement is going well.” But it was too early to say the entire city had been captured.

A video posted on FuratPost news portal showed SDF fighters walking in the marketplace of the town near a mosque where damage was extensive. Gunfire was heard in the background.

A former resident, Abdullah Baker, who had been in touch with relatives who recently fled the city, said most of the remaining terrorists, who numbered in the hundreds, had fled to the nearby villages that are still under Islamic State control.

The Syrian Observatory for Human Rights and former residents of the area have reported heavy civilian casualties in U.S.-led coalition airstrikes during the campaign to capture Hajin and nearby areas.