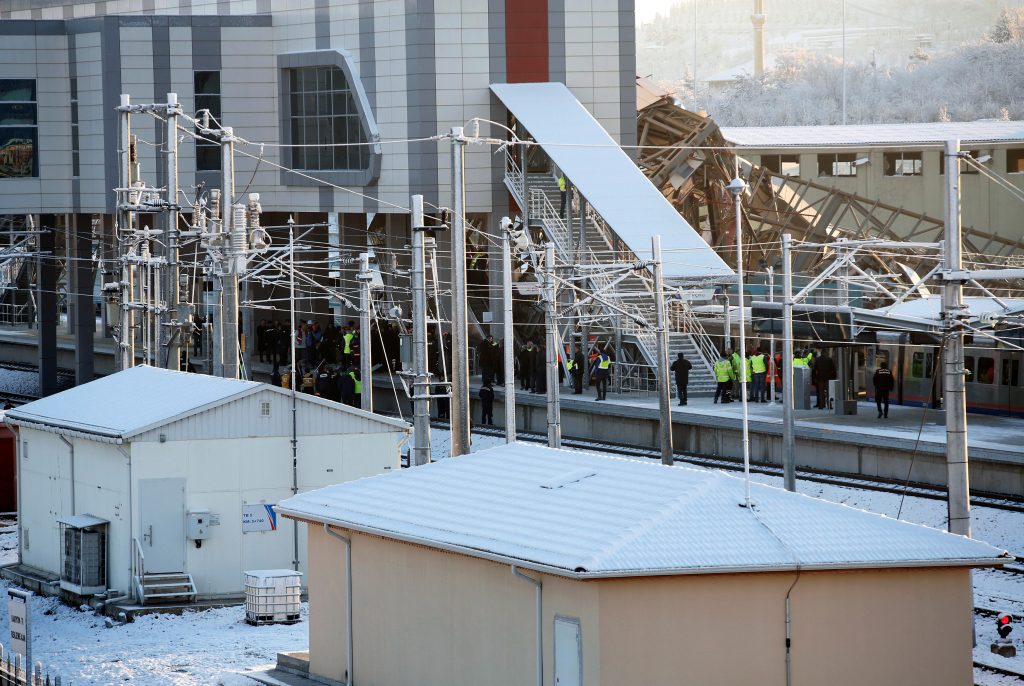 A high-speed train hit a railway engine and crashed into a pedestrian overpass at a station in the Turkish capital Ankara on Thursday, killing nine people and injuring 47 others, officials said.

The 6:30 a.m. (local time) train from Ankara to the central Turkish city of Konya collided head-on with the engine, which was checking the tracks at the capital’s small Marsandiz station, Transport Minister Mehmet Cahit Turhan told reporters after inspecting the site. The high-speed train transits that station without stopping.

At least two cars derailed, hitting the station’s overpass which then collapsed onto the train.

Turhan said everyone had been removed from the debris and no one else was believed to be trapped.