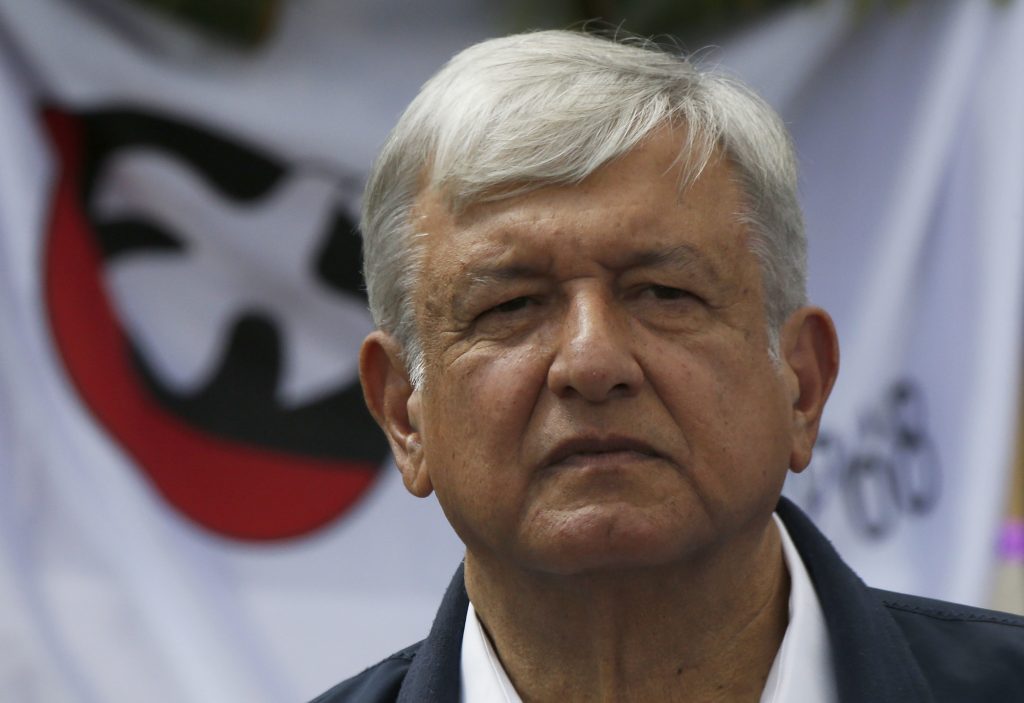 The White House said that President Donald Trump and the new leader of Mexico discussed “positive relations” between the two countries in a phone call this week. But Mexican President Andres Manuel Lopez Obrador told reporters that he and Trump have never discussed the contentious topic of the border wall.

Lopez Obrador’s statement Thursday came less than an hour after Trump asserted in a tweet that Mexico was paying for the border wall through the savings the U.S. garnered in the renegotiated free trade agreement with Mexico and Canada.

The two leaders spoke by phone Wednesday about immigration and Lopez Obrador’s push for a Marshall Plan-like effort to spur economic development in Central America.

Lopez Obrador said the conversation was respectful and friendly, but did not discuss the border wall or who would pay for it.

“We haven’t touched that topic in any conversation,” Lopez Obrador said.

The Mexican leader said the possibility of a visit to Washington was raised, but he didn’t think it was realistic until there was at least a draft agreement about investment in Central America.

White House Press Secretary Sarah Huckabee Sanders said in a statement that Trump and Lopez Obrador “discussed the need to address illegal migration from Central America to the United States.”

The two countries have been working to find a solution for the caravans of Central American migrants traversing Mexico in the hope of seeking asylum in the U.S.

Trump had an uncomfortable relationship with the previous administration of Mexican President Enrique Peña Nieto. Trump had promised during his 2016 campaign to build a wall on the U.S.-Mexico border and have Mexico pay for it. Peña Nieto refused.