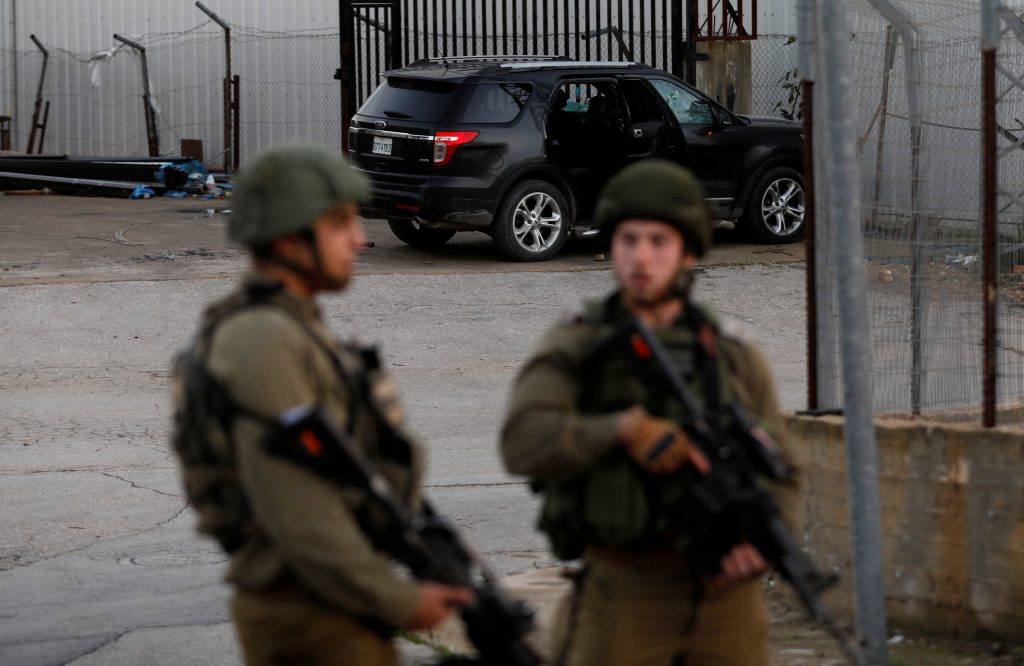 In yet another terror attack Thursday, an IDF soldier was wounded after an attempted car-ramming, in el-Bireh, near the town of Psagot in Binyamin.

IDF troops have been operating extensively throughout that area to find the terrorists who committed a shooting attack earlier in the day near Givat Assaf, also in the Binyamin region, in which two soldiers were killed, Hy”d, and two others wounded.

MDA teams and military medical forces gave the injured soldier medical treatment and he did not need further treatment in the  hospital.

A full blockade has been imposed on Ramallah, “the first time this has happened in many years,” the report said. Security officials said that IDF forces had entered a village next to Ramallah as they searched for the perpetrators.