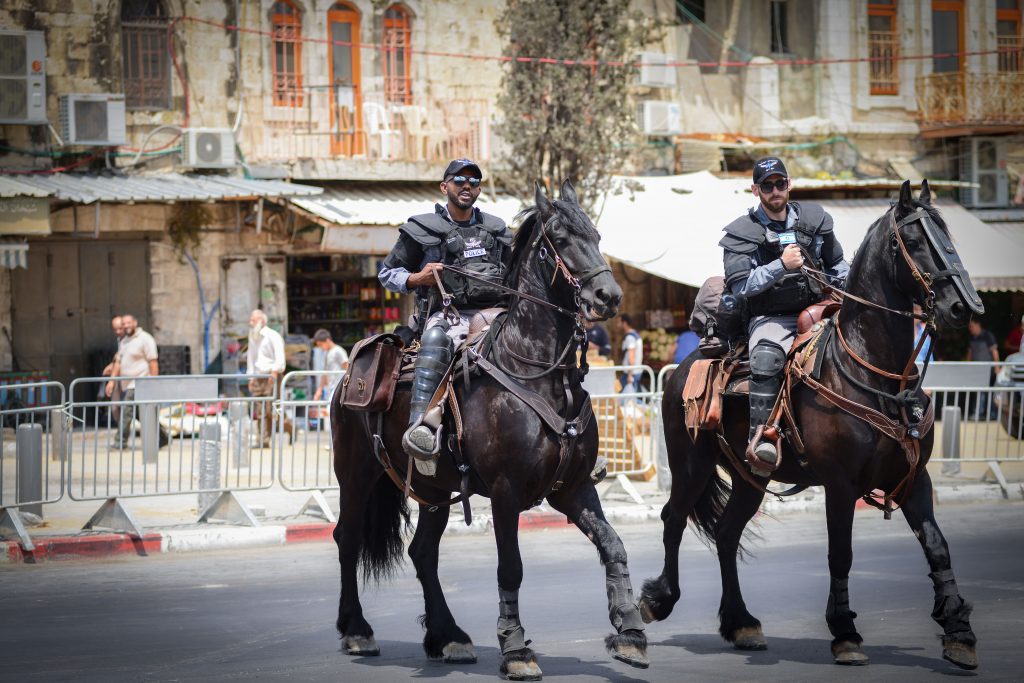 Border Guards on Thursday morning eliminated a terrorist who attempted to stab officers in the Old City of Yerushalayim. The incident occurred about 5:00 a.m. at Sha’ar Shechem when the terrorist, about 26 years old, attempted to stab a chareidi passerby.

He failed in the attempt, and then ran towards the officers brandishing his knife. He was successful in this attack, and stabbed several of the officers numerous times before he was shot and killed. His victims were lightly to moderately wounded and are being treated at a nearby hospital.

In a statement, police said that they were increasing the number of officers in the field, in all areas of the city. “We continue to patrol and prevent any attempts by terrorists to attack innocent people. In today’s incident officers responded quickly to repel the attack, and that was the due to the security forces in Yerushalayim being on call and ready to respond to these situations.”