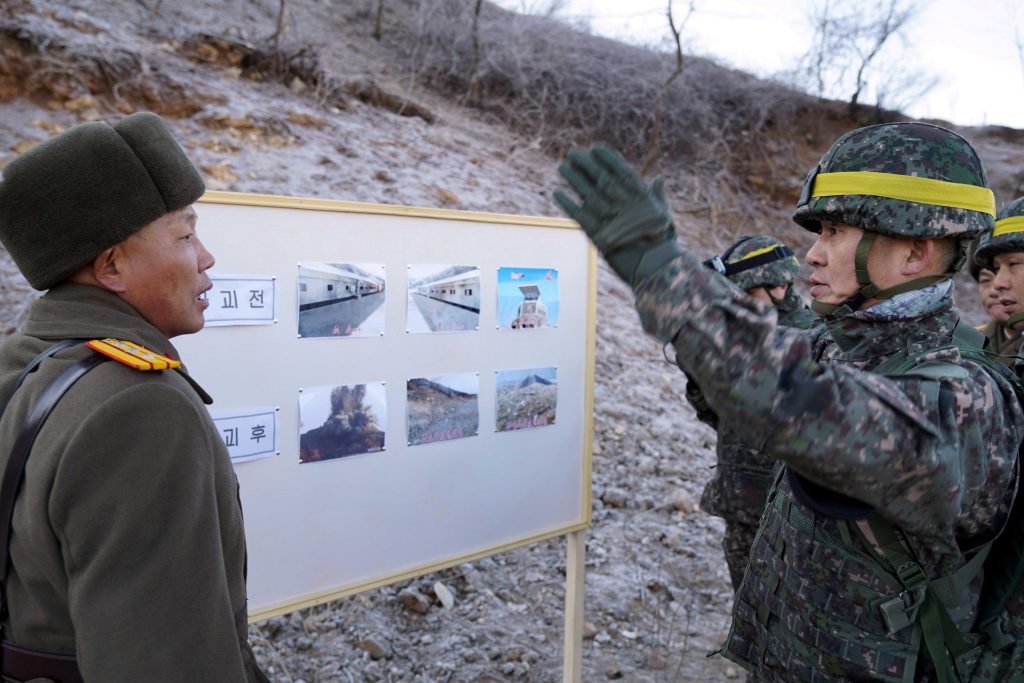 Kim and South Korean President Moon Jae-in had agreed on Kim’s visit to Seoul “in the near future” following their September summit in Pyongyang. Moon later said that Kim would come “within this year.”

Kim’s possible trip to Seoul has been the focus of media attention in South Korea in the past two weeks.

The presidential Blue House on Thursday quoted senior presidential adviser Yoon Young-chan as saying in a message to local reporters on Wednesday that Kim’s visit this year was “difficult.”

Experts say Kim is reluctant to come because of stalled nuclear negotiations with the United States and worries about security arrangements in the South.

If Kim does visit Seoul, he will become the first North Korean leader to do so since the end of the 1950-53 Korean War. The Koreas are divided by the world’s most heavily fortified border, and about 28,500 U.S. troops are stationed in South Korea to deter potential aggression from North Korea.

Kim and Moon have taken a series of steps to reduce military tensions and boost ties this year. But they find it difficult to launch economic cooperation projects as the United States says it will maintain international sanctions on the North until it completes its nuclear disarmament.

The negotiations between the U.S. and North Korea have produced no major breakthrough since Kim’s summit with President Donald Trump in Singapore in June.